BY SUNNY SHAO and MAI NGUYEN DO 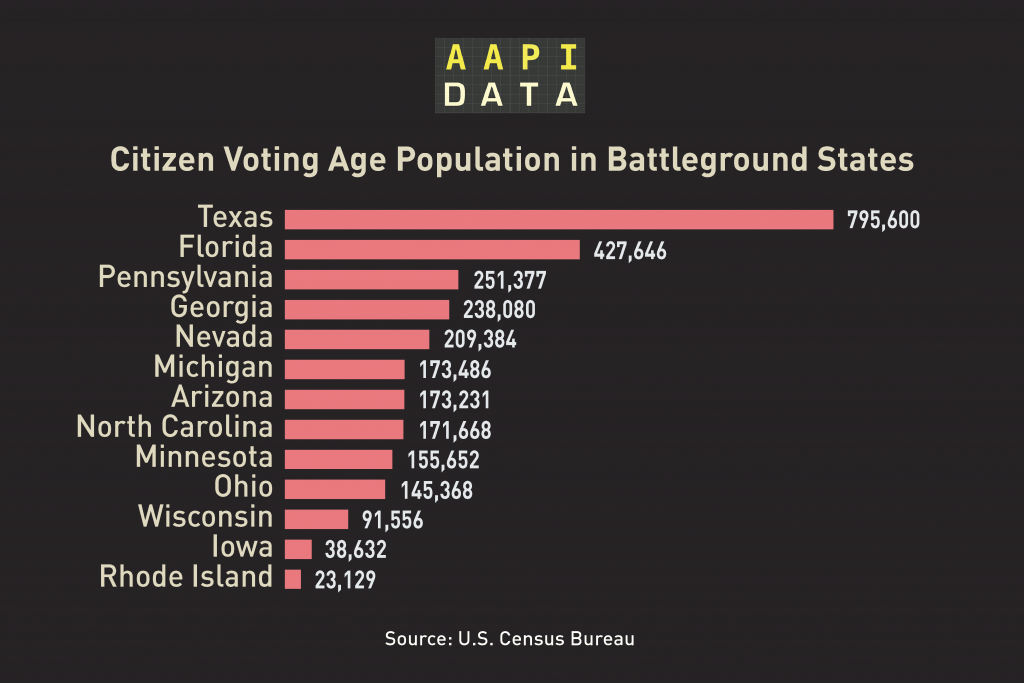 While AAPIs are a considerable portion of some key states’ eligible voter populations, gains in voter registration since 2016 will only continue to make an impact if AAPI voters make it to the ballot box — or mail in their ballots — this November like they did in 2018. If candidates, party committees, and civic engagement organizations can translate voter registration into turnout, AAPIs may see historic levels of turnout later this year.