Last week, President Trump announced his intention to withdraw the United States from the Paris Climate accords. How might this decision play among Asian Americans?

At first blush, it may be surprising to think of environmentalism and Asian Americans in the same sentence. “Don’t Asian Americans only care about education or immigration?,” some may ask. As prior surveys have indicated, however, environmental protection is an important issue for Asian Americans, and they tend to be much more progressive on this issue than the U.S. average.

For example, the Fall 2016 National Asian American Survey asked respondents whether they support or oppose setting stricter emission limits on power plants to address climate change. Over 75% of Asian Americans said they would support such measures, significantly more than the U.S. average of 64% (Pew Research Center, Nov 2014). Importantly, for some Asian American groups such as Cambodian, Korean, and Vietnamese support for emission limits is even stronger, reaching as high as 89%. 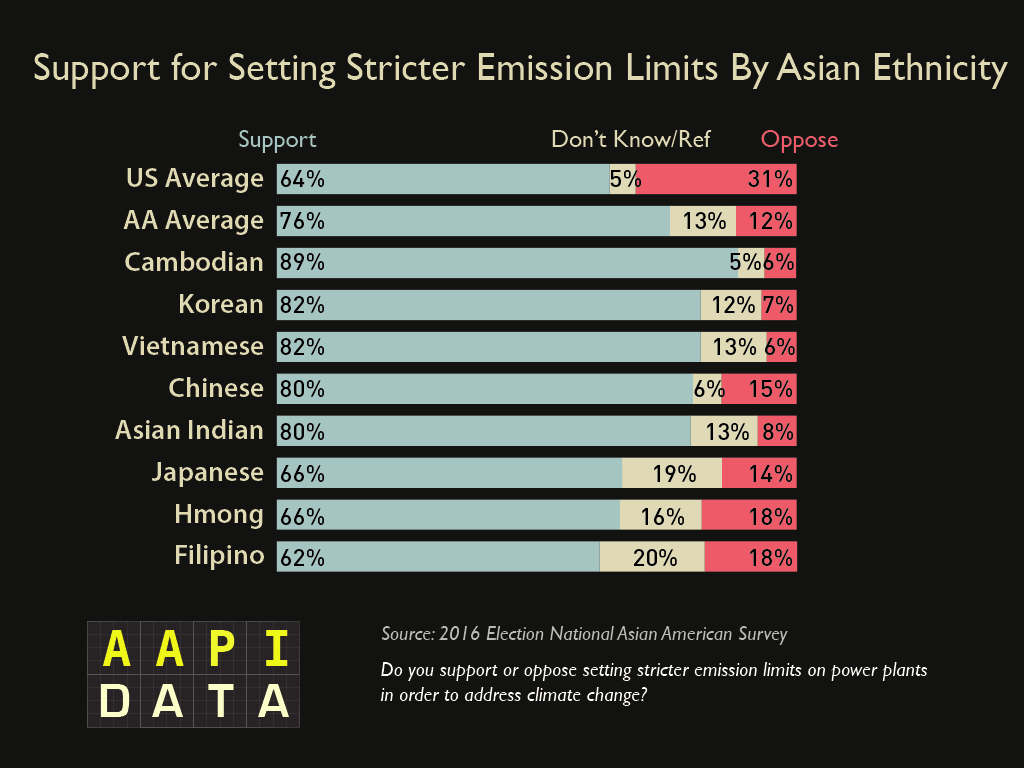 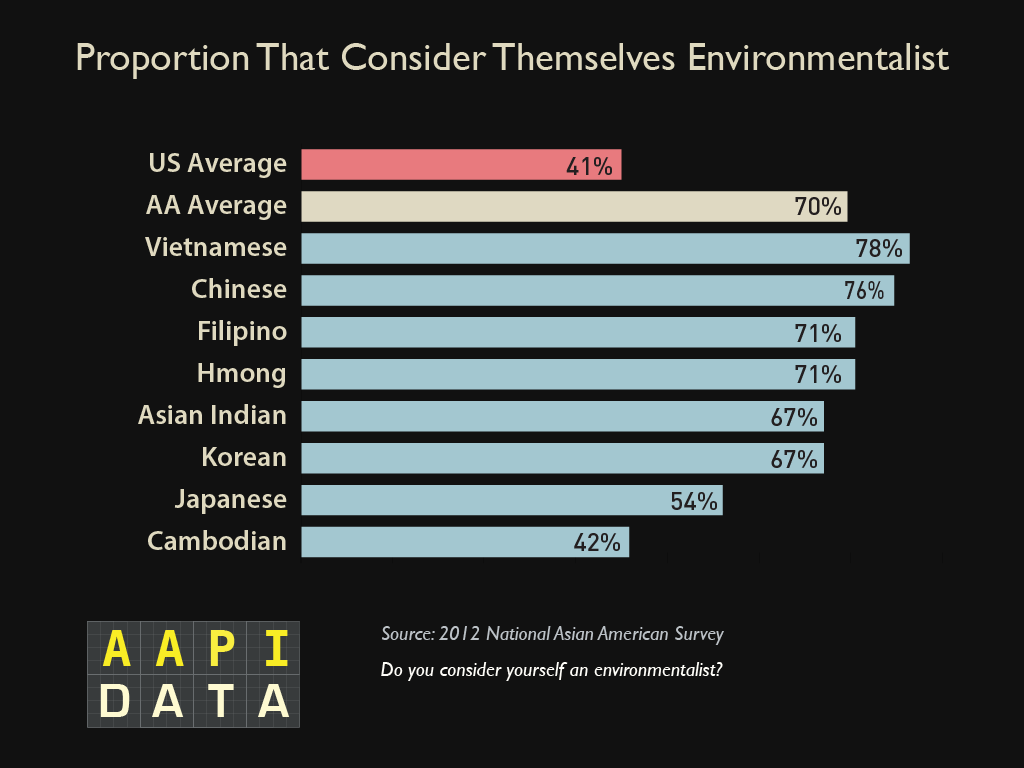 The 2012 NAAS also replicated another Gallup question designed to capture the tradeoff between the environment and economic growth. In this measure, we also see Asian Americans much more likely to prioritize Environmental Protection over economic growth compared to the national average. This sentiment is especially strong with Asian Indian, Japanese, and Korean Americans. Given the exceptionally strong support for environmental issues within the AAPI community, it is likely that President Trump’s decision to withdraw from the Paris Accords will cost him support among Asian American voters.