Recent news stories have taken note of the small but growing Latino vote in Iowa. A similar dynamic can be found among the Asian American voter population in the Hawkeye State.

As our chart indicates, any discussion of the immigrant vote in Iowa also needs to take into account the growing Asian American voting population in the state. These are estimates of the presidential vote from 2004 through 2012, drawn from the Current Population Survey Voter Supplement. 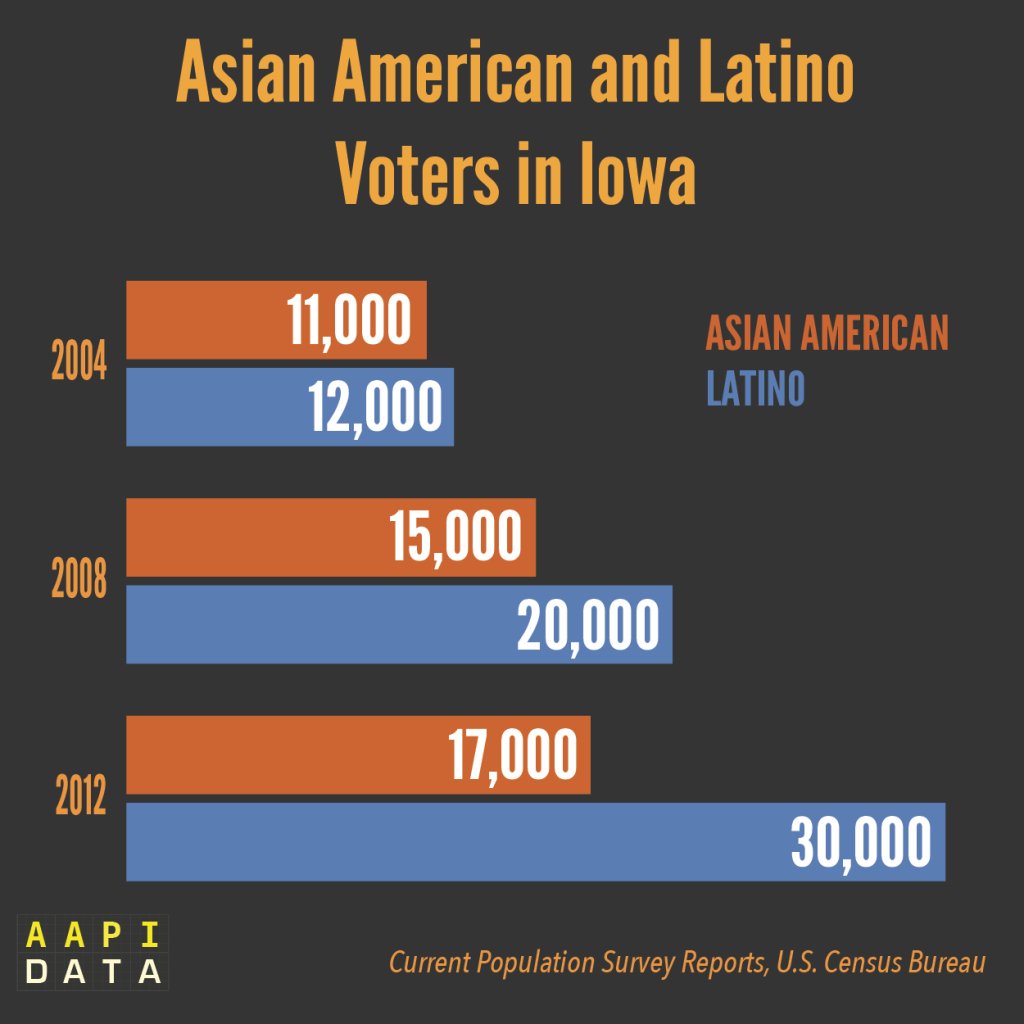 In a “game of inches” where every delegate counts, the 1% of total votes that Asian Americans represent can indeed make a significant difference, and particularly so in the 2016 Democratic caucus where the election is a close two-way contest.