A lawsuit against Harvard University alleging racial discrimination has sparked intense interest in Asian Americans’ attitudes about race-conscious admissions and other policies to address racial diversity in college admissions and in other settings. Below, we highlight findings from Asian American public opinion data on this topic, in the hope that it can inform better news coverage of the issue. 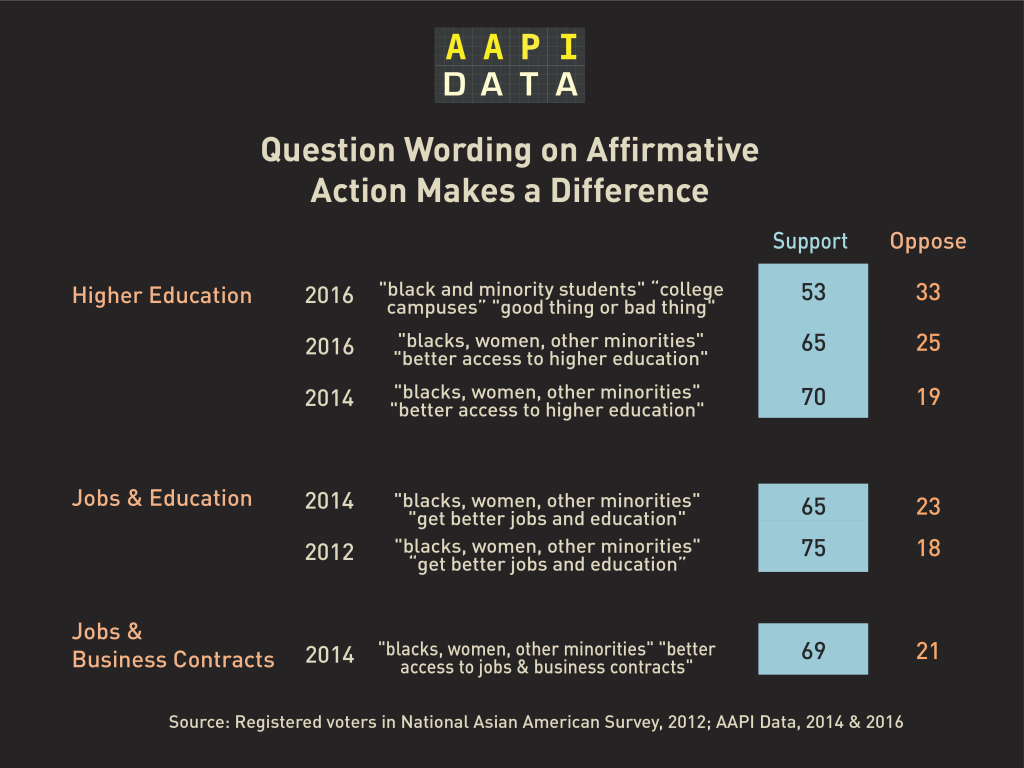 Regardless of the question wording, a majority of Asian American respondents express support for affirmative action, including when it is applied specifically to the context of higher education.

2. A big divergence has opened up between Chinese Americans and other Asian Americans

Support for affirmative action has declined dramatically among Chinese Americans over a relatively short period of four years, while it has remained stable among other Asian Americans.[3] The growing activism and opposition to affirmative action among Chinese immigrants has been well documented by scholars like Oiyan Poon, Karthick Ramakrishnan, Jenn Fang, and others, and we will continue to explore this topic in future blog posts. 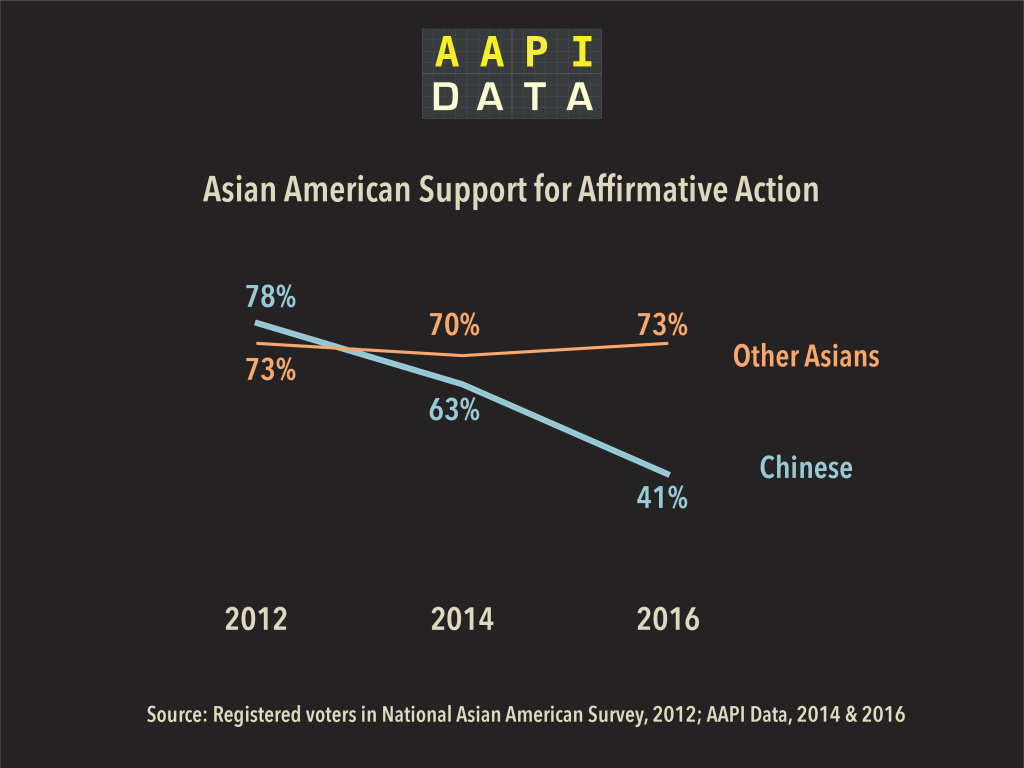 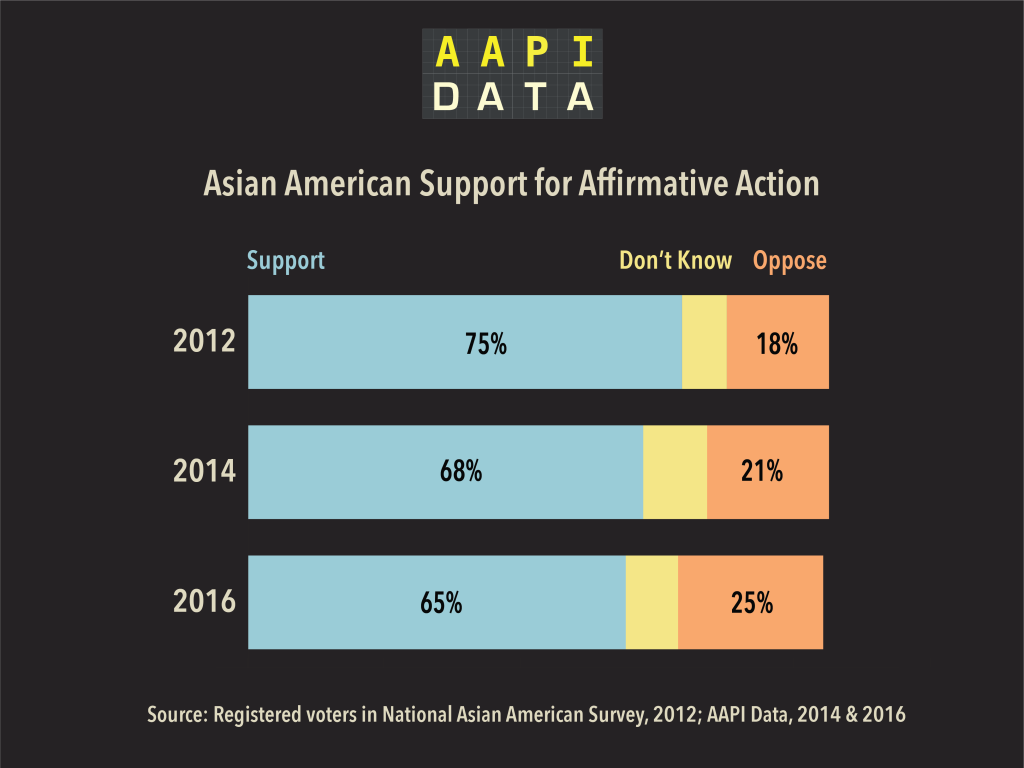 4,269 interviews of Asian American adults (including 2,845 registered voters) from July 31, 2012 through October 21, 2012 with Chinese, Filipino, Indian, Japanese, Korean, Vietnamese, Cambodian, and Hmong respondents. Survey was conducted in English and 8 Asian languages. Data were weighted to reflect the relative size of these Asian American groups and other demographic characteristics. Landline and mobile.

[1] For consistency of comparison, we present findings from registered voters in 2012, although differences in opinion on affirmative action between registered voters and adult residents in 2012 were not statistically significant.

[2] The 2012 NAAS also added variations that removed mention of “affirmative action” and/or added a diversity rationale. None of these variations produced any statistically significant differences in opinion.

[3] To provide consistency in comparing measures over time, we only include the support/oppose measure in 2016 rather than the good thing/bad thing measure in 2016. Only 23 percent of Chinese American registered voters in 2016 thought that affirmative action programs on college campuses to benefit blacks and other minorities were a good thing.