[updated September 8, 2017 to include the latest population estimates of Asian undocumented. Additional infographics can be found here]

The issue of undocumented immigration has dominated news coverage and policy discussions, with the Trump administration passing an executive order on interior enforcement in early 2017 and, more recently, threatening to suspend federal funding to sanctuary jurisdictions and announcing an end to Deferred Action for Childhood Arrivals (DACA). How might Asian immigrant communities be affected? 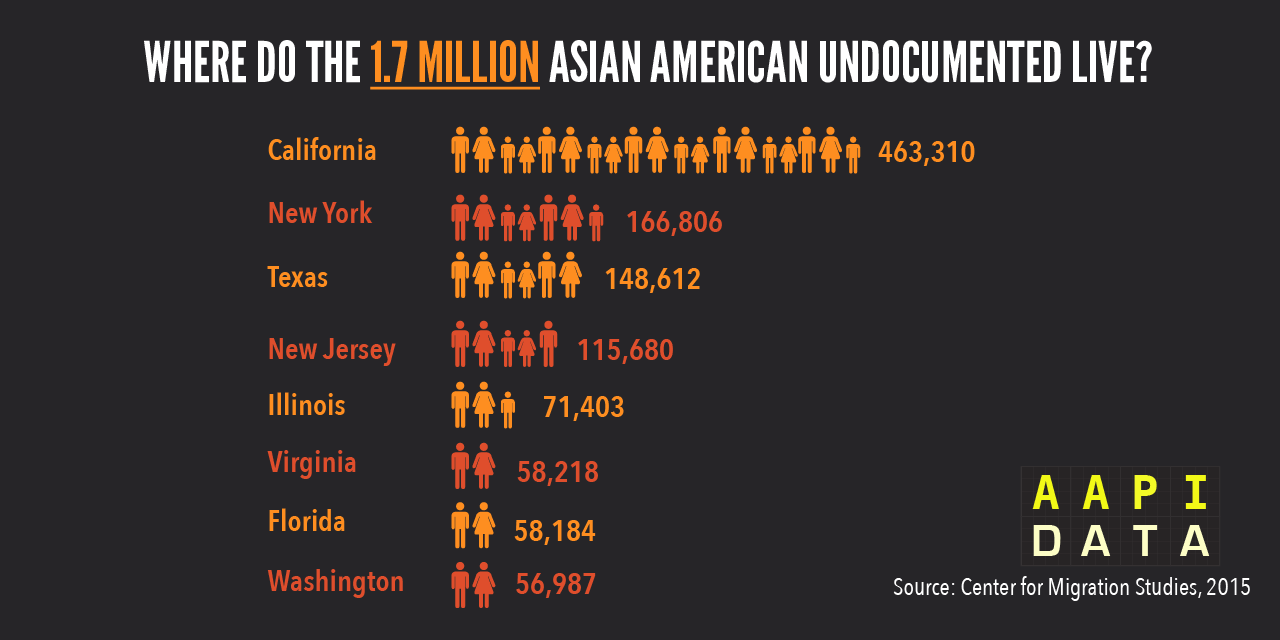 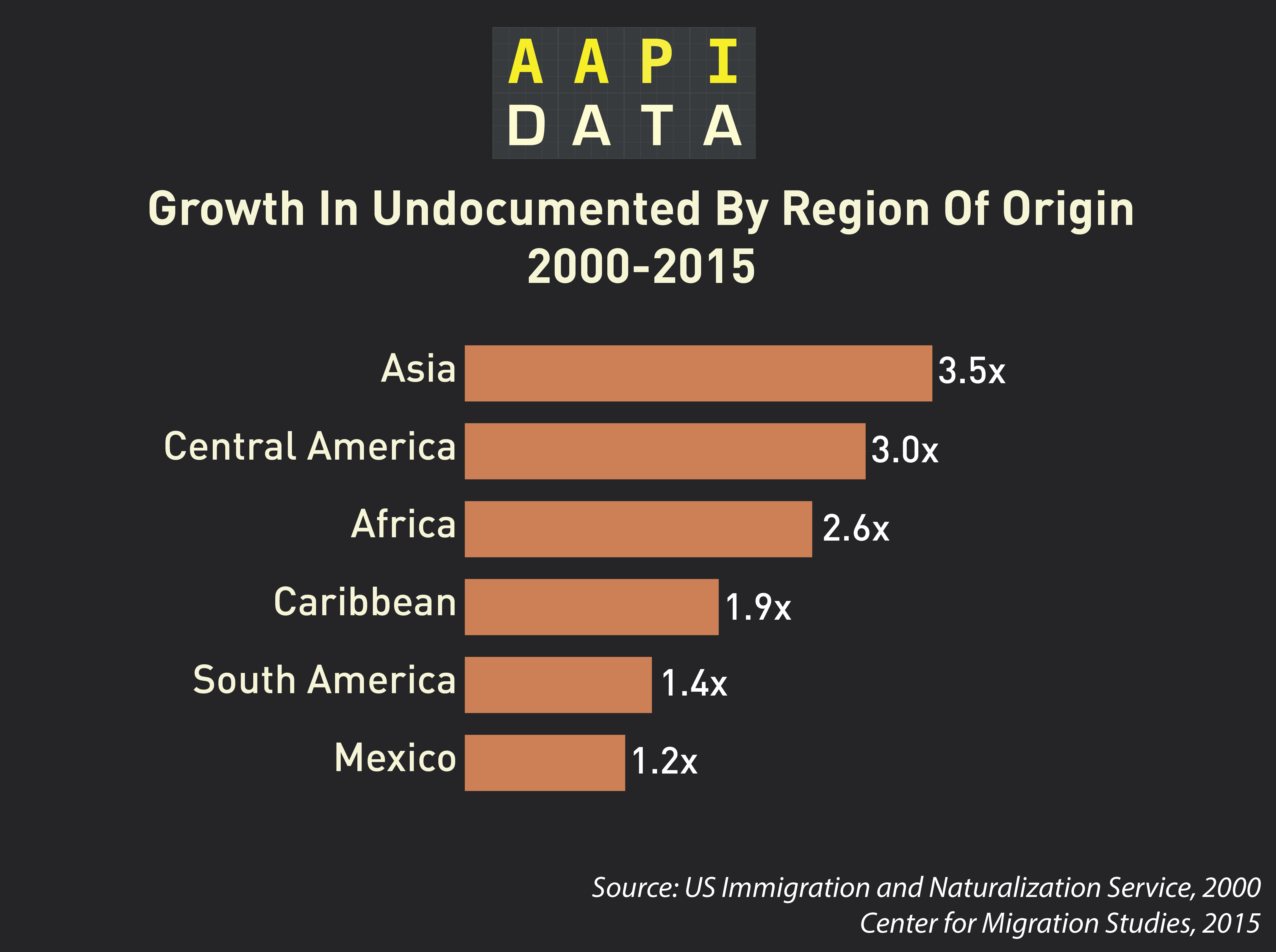 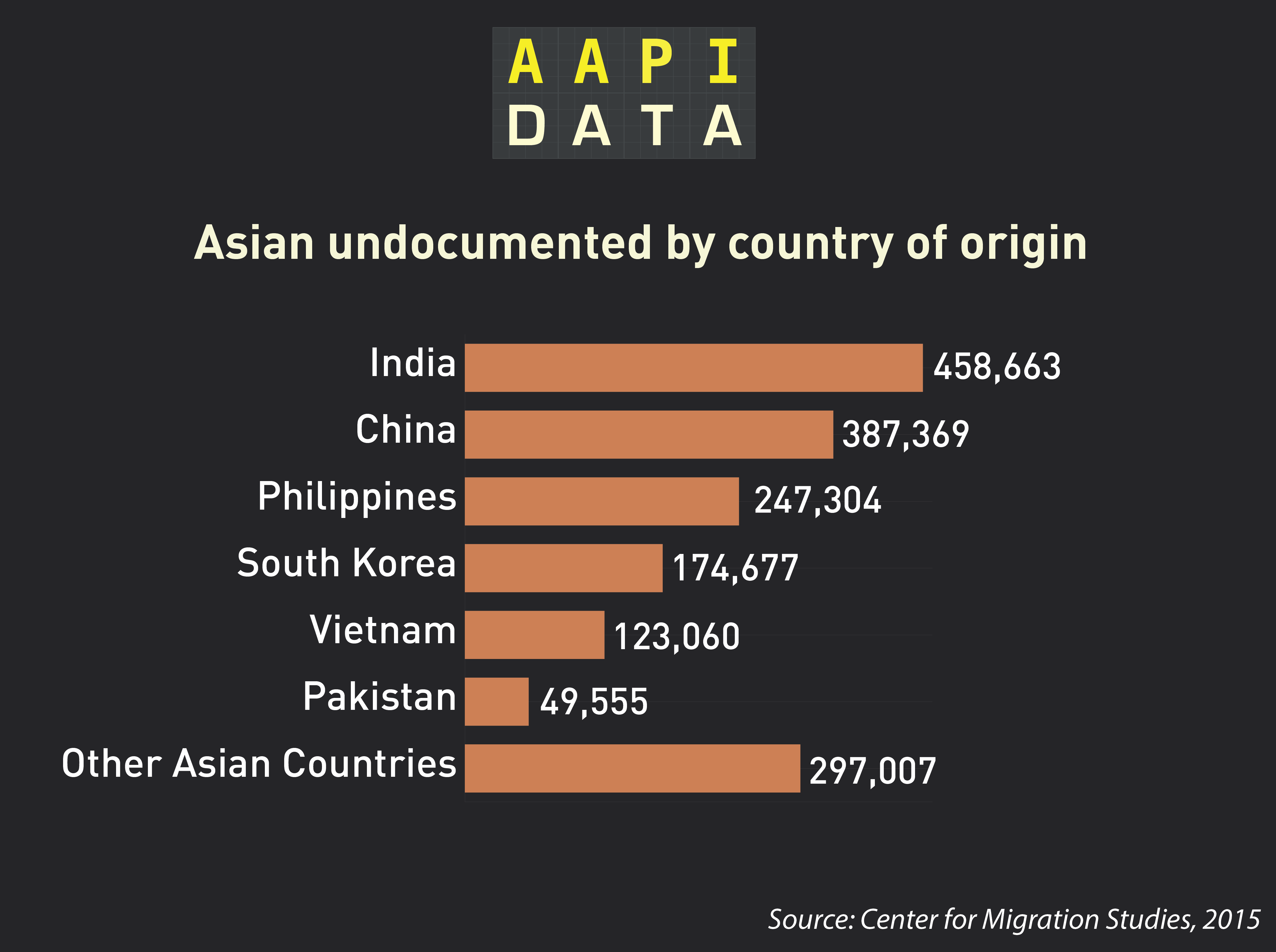 According to both CMS and MPI estimates, California, New York, New Jersey, Texas and Illinois are the states with the largest number of Asian undocumented, with MPI and CMS only differing on the order of New Jersey and Texas for the third and fourth largest states. The 2015 estimates from Center for Migration Studies (CMS) are provided below. The share of the Asian immigrant population that is undocumented varies widely across states, with states like Georgia, Colorado, New Jersey, and Hawaii having relatively high shares of Asian immigrants who are undocumented.

Finally, in most states, Asians make up relatively small portions of their total undocumented population. Still, there are six states where Asian immigrants account for a third or more of the undocumented resident population.

These data reveal the extent to which Asian immigrant communities are affected, nationally and in various states. Hopefully, this information can also inform better policy decisions and philanthropic decisions affecting the undocumented immigrant population in the United States.

Estimating the undocumented population is a complex challenge that requires researchers to make assumptions about certain groups and behaviors in order to take existing data to generate population estimates. Both sets of estimates rely on data from the American Community Survey and then make statistical adjustments to account for sampling and response bias. Click below to learn more about the methodology used by Migration Policy Institute and Center for Migration Studies