On February 3, 2021, the U.S. Department of Justice voluntarily dismissed its lawsuit against Yale University challenging its race-conscious admissions program—marking another reversal under the new Biden administration.

Not only do the majority of Asian American registered voters support affirmative action, but support has been remarkably consistent since 2014, despite high profile challenges that have targeted both Yale and Harvard. 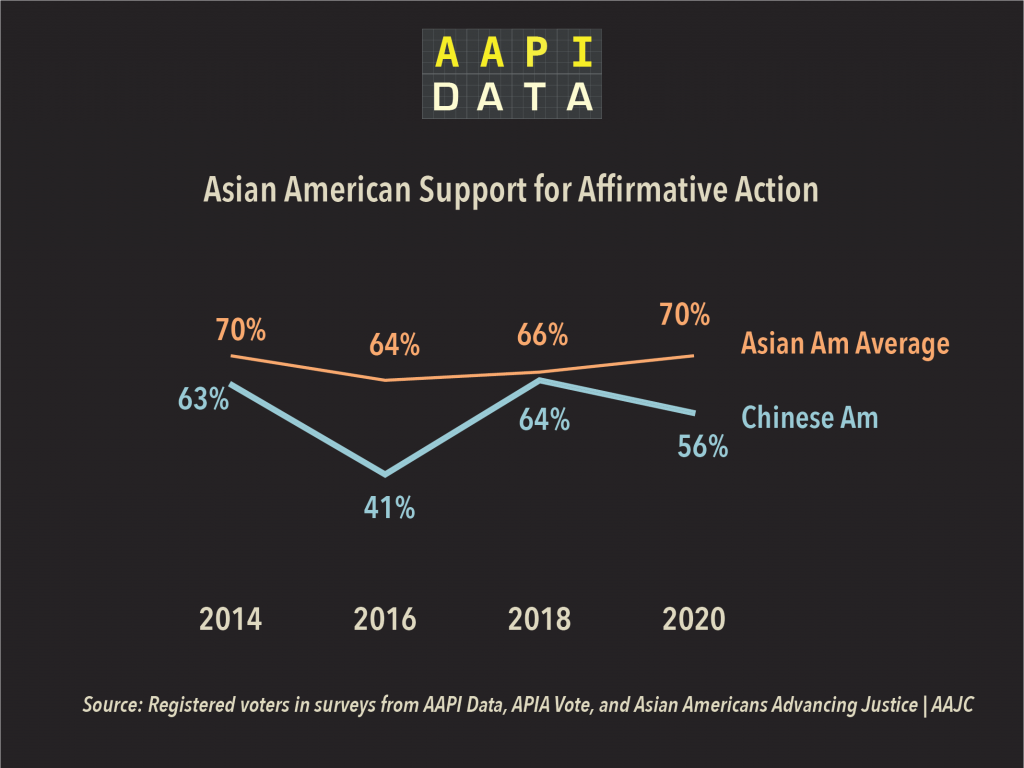 The Role of Asian American Organizations

Asian Americans have consistently demonstrated support for affirmative action, and their attitudes have remained remarkably stable since 2014, with strong majorities expressing support for the policy.

Although the most prominent Asian American voices on the topic of affirmative action are often opponents, these grass-roots organizational efforts underscore that political mobilization is taking place in ways that are more aligned with the views of the broader Asian American community.

Analyses are based on the survey question: “Do you favor or oppose affirmative action programs designed to help Blacks, women, and other minorities get better access to higher education?”