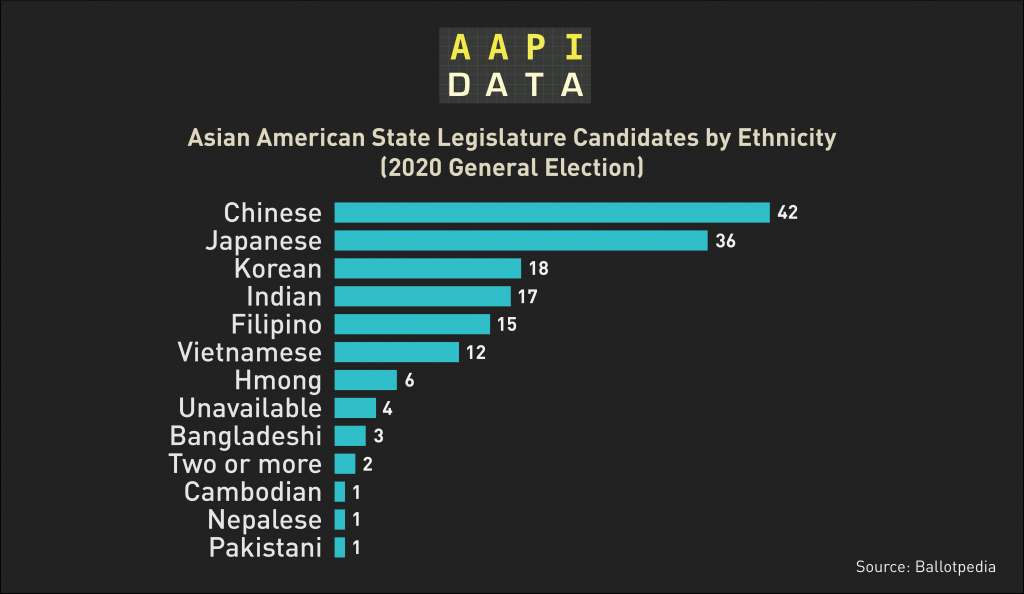 Out of the 158 candidates, 75% (117) are Democrats and 25% (39) are Republicans. The Republican candidates are not necessarily concentrated in red states; many Asian Americans, such as June Yang Cutter and current State Senator Ling Ling Chang, are running for state legislatures in Democratic states like California.

About 60% of the 158 Asian American state legislature candidates are running for re-election. In addition, about 60% of the candidates are men and 40% are women. Out of the 95 incumbents, 63 are men and 32 are women, while 33 of those who are either challengers or pursuing open seats are men and 30 are women. Chinese and Japanese Americans comprise the plurality of Asian American state legislature incumbents on the ballot this November, with 29 Chinese and 25 Japanese Americans running for re-election. 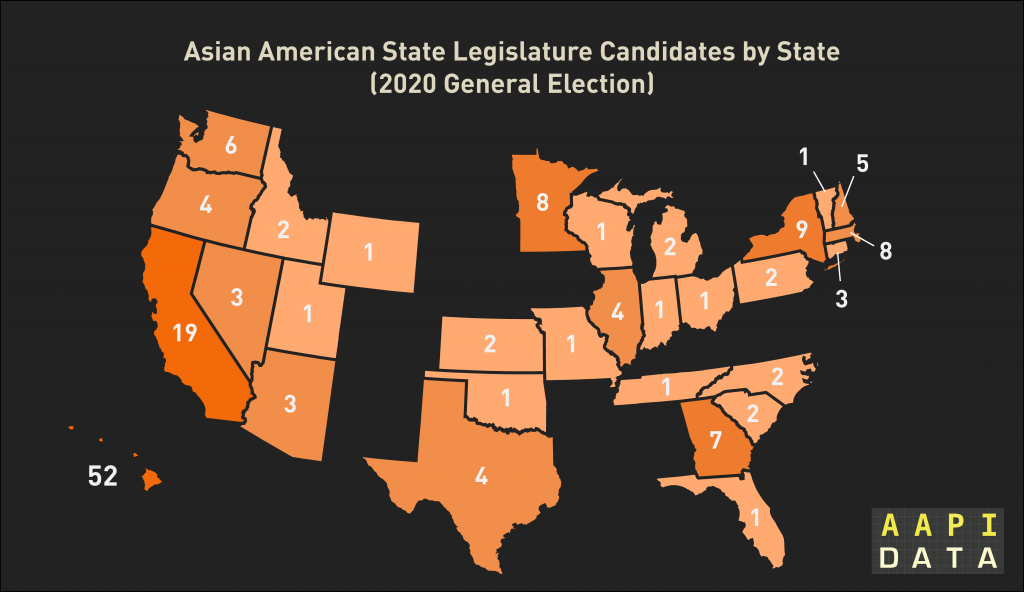 These candidates also come from diverse occupational backgrounds. For example, service industry worker Francesca Hong is running for the Wisconsin State Assembly in District 76, marketing professional Emily Weber is running for Missouri House of Representatives in District 24, and anesthesiologist Michelle Au is running for Georgia State Senate in District 48.