With a thriving population has come a growing number of Asian American candidates pursuing public office. Although much attention has been focused on Asian American candidates for Congress like Gina Ortiz Jones and Kenneth Mejia, there are even more Asian Americans seeking election to state legislature seats. State legislatures often address matters much more relevant to the average American like water districts, local school funding, vehicle fees, and the lines at the neighborhood Department of Motor Vehicles office. Politicos and political scientists nationwide watched not only the battle for Congress, but also attempts by statewide Democratic parties to regain control of state governments, which traditionally lean conservative regardless of state.

This year, a record number of Asian Americans ran for seats in state legislatures across the country. With only one race pending, 72.3 percent of these candidates won election. Those elected will be able to directly take on controversial issues in the Asian American community: data disaggregation, police brutality, affirmative action, local police cooperation with ICE, history curricula. Here’s how the 137 Asian American state legislature candidates on the Nov. 6, 2018 ballot break down. 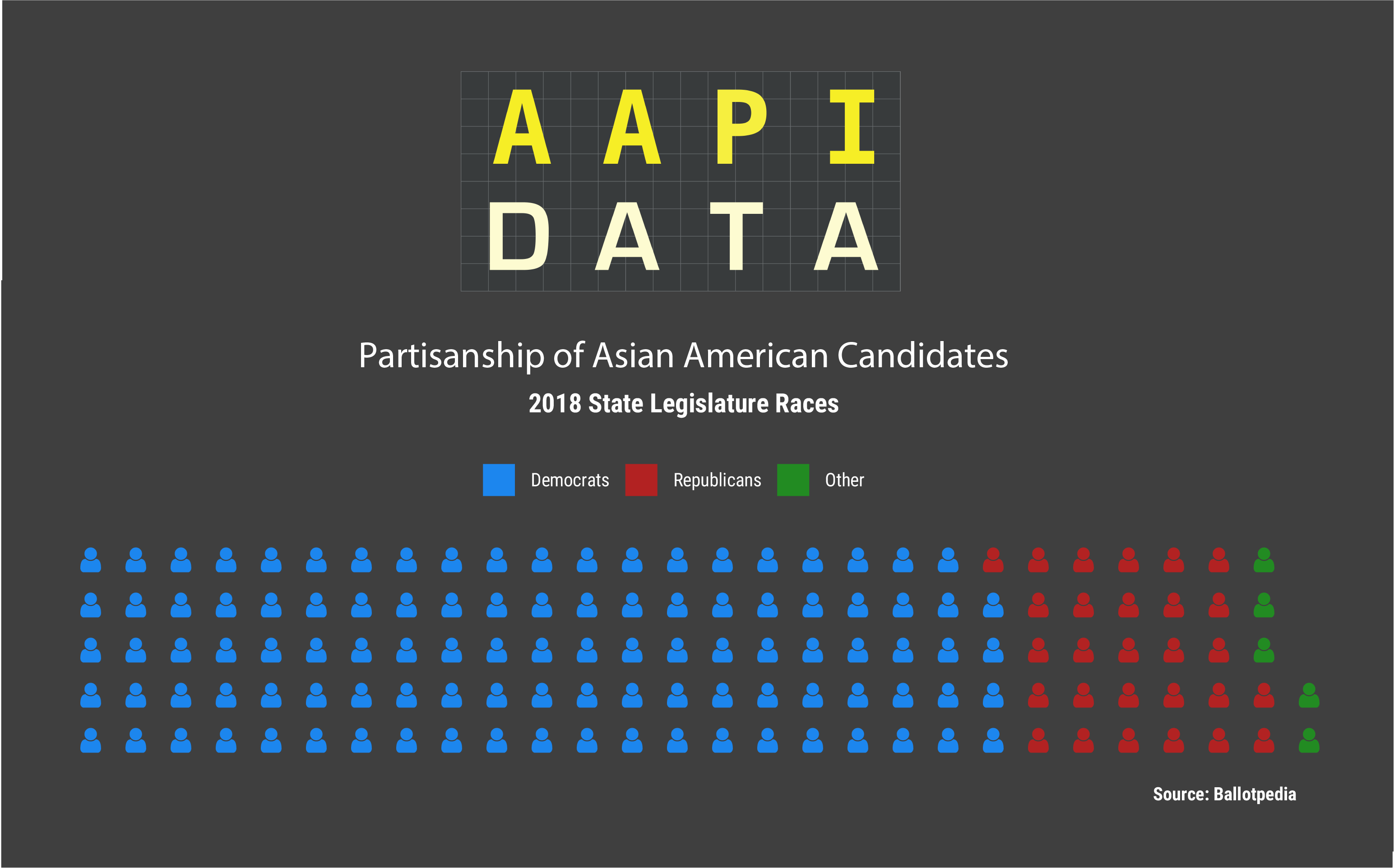 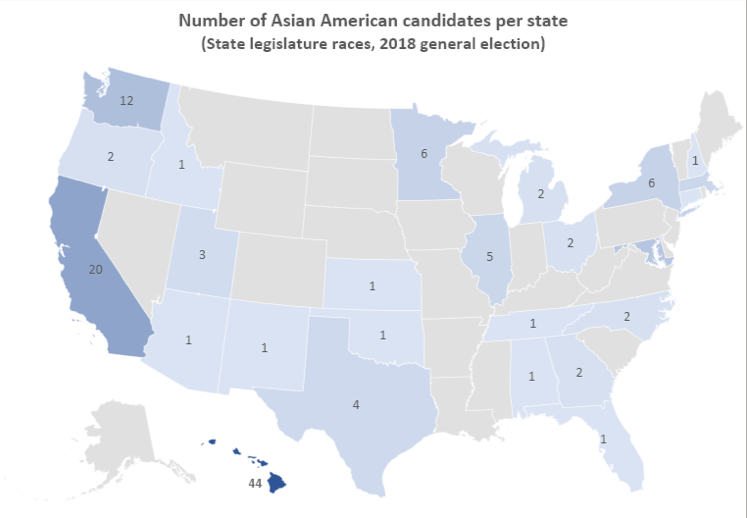 The discrepancies between the percentages of registered independents and the amount of third-party candidates are likely a result of barriers to official candidacy for third party candidates.

Most state legislative candidates were Chinese or Japanese

Disaggregating the Asian American state legislative candidates by ethnicity reveals representational disparities among ethnic groups. Most candidates mentioned their specific ethnicity in interviews or released biographical information to news outlets, but a few were only self-identified or identified by media as Asian American. Although East Asians are now only a little over one third of the Asian American population according to AAPI Data, the majority of the candidates – about 58 percent – are of East Asian descent. About 23 percent of state legislative candidates are Southeast Asian and 14 percent are South Asian, compared to 27% and 33%, respectively, of the resident population.

The ratio of challengers to incumbents is fairly healthy

Although there are slightly more incumbents than challengers, the introduction of almost the same amount of challengers in different races demonstrates that the Asian American share of candidacies for state legislatures is growing. This follows current trends in increases in the number of challengers overall at the federal level. It also shows some evidence contrary to common hesitance from minority individuals – particularly black candidates, according to Andra Gillespie in Whose Black Politics: Cases in Post-Racial Black Leadership – to challenge entrenched incumbents.

After sifting through Ballotpedia data and the National Asian Pacific American Political Almanac, I’ve identified 136 Asian American state legislature candidates on the 2018 general election ballot and organized them into separate entries per candidate. Each entry includes the candidate’s name, the state in which they are campaigning for office, their party affiliation, whether they are an incumbent, whether they have previously held a different public office before their 2018 campaign, their ethnicity, and whether they won election.

Mai Nguyen Do (@DoNguyenMai) is a Vietnamese American researcher and poet from Santa Clarita, California. She currently researches elections and policy for Courage Campaign. Her first book, Ghosts Still Walking, is available from Platypus Press and her second book, Battlefield Blooming, is forthcoming from Sahtu Press in 2019.