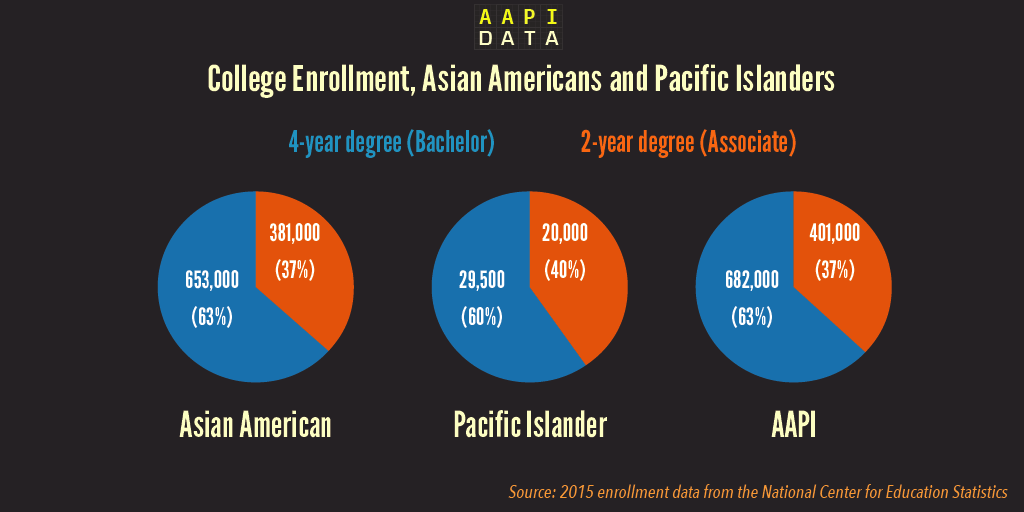 37. That’s the percentage of the Asian American/Pacific Islander (AAPI) population that, rather than attending a four-year college, attends community college for a two-year associate’s degree. Yet, you really wouldn’t know it from the vicious debates over affirmative action, particularly within the AAPI community. The Ivy League dominates the conversation, much to the detriment of other educational issues in the AAPI community.

My home institution, Princeton University, seems to be constantly in the news, particularly with regard to alleged discrimination against AAPI applicants. A recent New York Times story detailed efforts by the Department of Justice to investigate those claims of discrimination, focusing on a case at Harvard, but dovetailing with a similar Princeton case. For reference, 20 percent of the Princeton Class of 2020 is Asian American. Opponents of the University’s holistic admissions procedures believe that the number of admitted Asian American students should be even higher.

I recognize that I write from a position of privilege as a current Princeton student, but it is important to recognize what a small proportion of the AAPI population attends an Ivy League institution. The jury might be out on the claims of discrimination, but particularly within the AAPI community, the debate over affirmative action at Ivy League institutions like Princeton obscures the lasting divides between AAPI subgroups and becomes a toxic fight over resources and positions for only a select few.

That’s not to say that those debates aren’t important, but they suck all the air out of the room from other important AAPI education issues. In an era of declining federal and state support for public higher education, it is all the more important to highlight the impacts of those budget cuts on underrepresented groups within the AAPI community.

To start, it’s useful to break down and examine the groups that are involved in the complaint against Harvard. These groups are similar to those that have opposed other major AAPI policy initiatives, like the introduction of AAPI data disaggregation in California. WeChat proved to be a major organizing tool, highlighting the Chinese-American base of opposition to causes that were previously a united front in AAPI organizing.

A frequent talking point from the plaintiffs in the Harvard anti-discrimination case is that “64 Asian American groups” are involved in the complaint — but the truth is, none of these groups are broad-based coalitions, or even more established organizations like OCA – Asian Pacific American Advocates. Instead, they’re a collection of groups of newer Chinese-American immigrants, a significantly different swathe of the AAPI population than previous waves of immigrants.

As Professor Karthick Ramakrishnan described in a recent op-ed, “These newer immigrants are highly educated and upwardly mobile, with little awareness of the services that Asian-American organizations provide to disadvantaged populations.” There were a number of Chinese university alumni associations in the Asian American Coalition for Education anti-affirmative action coalition, as well as a Chinese school, bizarrely enough. Additionally, many of the posts on the groups’ websites are written in Chinese characters or with language directly targeted at Chinese-Americans, sometimes without English translations, indicating that they are targeted at more recent, mostly Chinese immigrants.

Perhaps the alumni groups from prestigious Chinese universities seek to find a similar future for their children in America. But at the end of the day, affirmative action is a red herring for Asian American groups. Such a miniscule percentage of AAPI students go to Ivy League institutions that these groups’ resources would be much better redirected towards achieving educational equity for the AAPI population as a whole. Large disparities in college completion rates exist within the AAPI community. For example, the six year community college completion rate for Chinese Americans is 73 percent, whereas Native Hawaiians and Pacific Islanders (NHPI) have a six year completion rate of 39 percent. 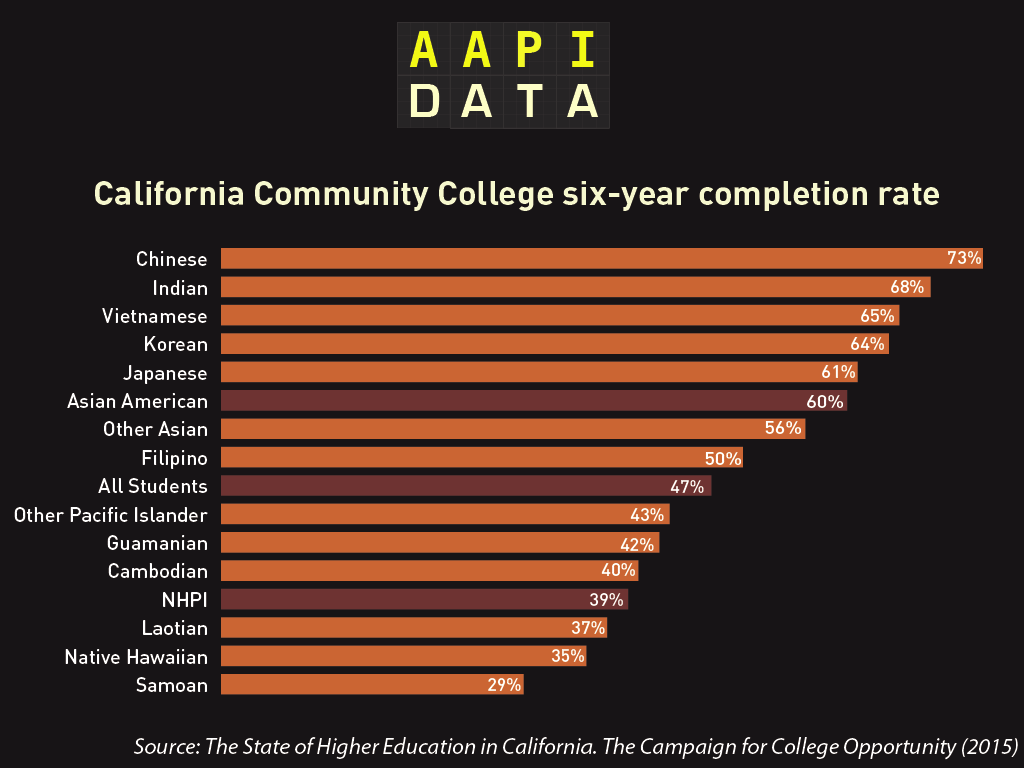 The real civil rights educational issue in the AAPI community isn’t the alleged discrimination against AAPI students at Harvard; rather, it’s the disparities between AAPI subgroups and the establishment of barriers to entry to higher education as declining public support for higher education drives tuition increases and the shuttering of institutions.

So, this strikes at a central issue in the construction of a broader Asian American and Pacific Islander movement. As an incredibly diverse group, with more than thirty nations of origin, cultures, and languages, it is reductive to subsume those individual national-origin groups into one racial category, that of “Asian American/Pacific Islander.” The disparate goals among these groups only throws these divisions into starker relief. Even if all of the groups in the Harvard case don’t represent all AAPIs, they still represent a portion of Asian America dissatisfied with the status quo.

How can we bridge these ethnic divides and foster a greater sense of community awareness among Asian Americans and Pacific Islanders? Frank Wu, the Chair of the Committee of 100, a leadership organization of prominent Chinese Americans, had an idea. He wrote that “if Asian Americans want the concept of “Asian American” to last another generation, we must figure out how to engage with all who belong to an artificial, fragile category. The failure of the movement will be on us. We must come together.”

I write these thoughts as a third-generation Chinese American, the grandchild of immigrants rather than someone recently arrived in America. But there’s still common ground to be found with a recent immigrant from Guangdong Province. It’s up to all of us to figure out how to find it, to bring all Asian Americans together into the Asian American movement and a broader struggle for social justice, including building solidarity with other communities of color.

Nicholas Wu (@nicholaswu12) is a senior in the Woodrow Wilson School at Princeton University from Grosse Pointe Shores, Mich. He can be reached at nmwu@princeton.edu