The 2018 midterm elections saw a major increase in voter engagement among Asian Americans and Pacific Islanders. Building on a record increase in new voters during the 2016 presidential election cycle, AAPIs are poised to make a very strong showing at the ballot box in 2020, making states like Texas more competitive in presidential and congressional elections.

2018 was a banner year for AAPI voters, according to data released from the U.S. Current Population Survey. Voter turnout, which we measure as the voting rate among adult citizens, jumped from 28% among Asian Americans in 2014 to 42% in 2018. Similarly, turnout among Pacific Islanders increased from 33% in 2014 to 44% in 2018. 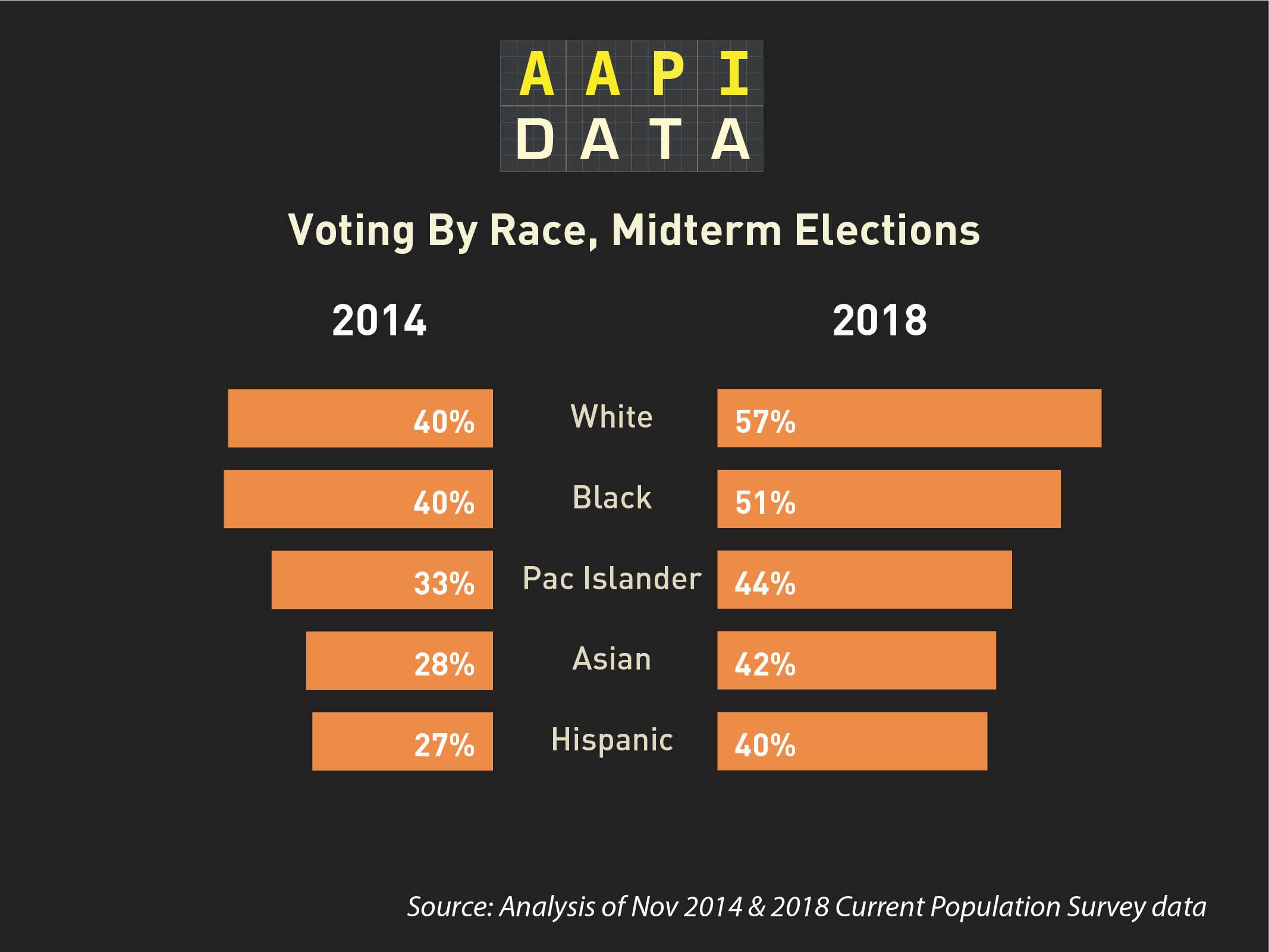 There were also significant increases in voter registration and turnout among different segments of the AAPI population. Voting among native-born AAPIs jumped by 16 percentage points from 2014 to 2018, to achieve a rate nearly equal to voting among naturalized citizens. Age gaps also mattered less in 2018 than is typical for midterm elections. 2018 was a particularly strong year for increases in youth voter turnout, as AAPIs age 18-34 more than doubled their participation rate from 17% in 2014 to 36% in 2018. Participation was already relatively high among AAPI seniors in 2014, and managed to increase even more in 2018. Finally, both male and female AAPI voters saw significant increases in their rates of voter turnout. 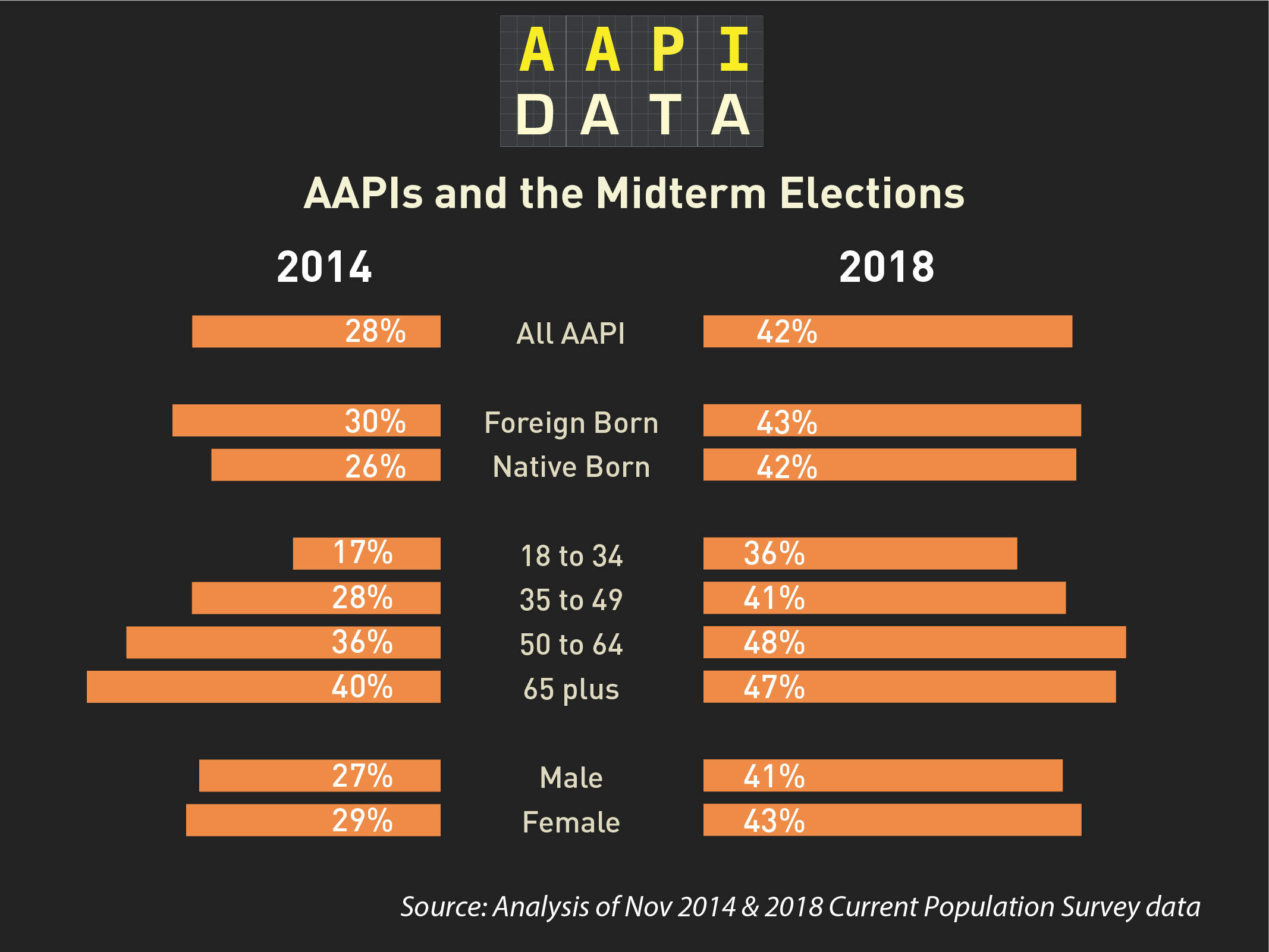 There were also significant differences by ethnic group.[1] In 2018, Japanese and Indian Americans reported the highest rates of voting, mirroring national origin patterns found in the 2016 election. Indian Americans and Filipino Americans also saw significant increases in voter turnout, from 26% in 2014 to 47% and 46%, respectively, in 2018. By contrast, Vietnamese Americans saw the lowest rates of voter turnout among AAPIs in 2018, and no increase in participation from 2014. 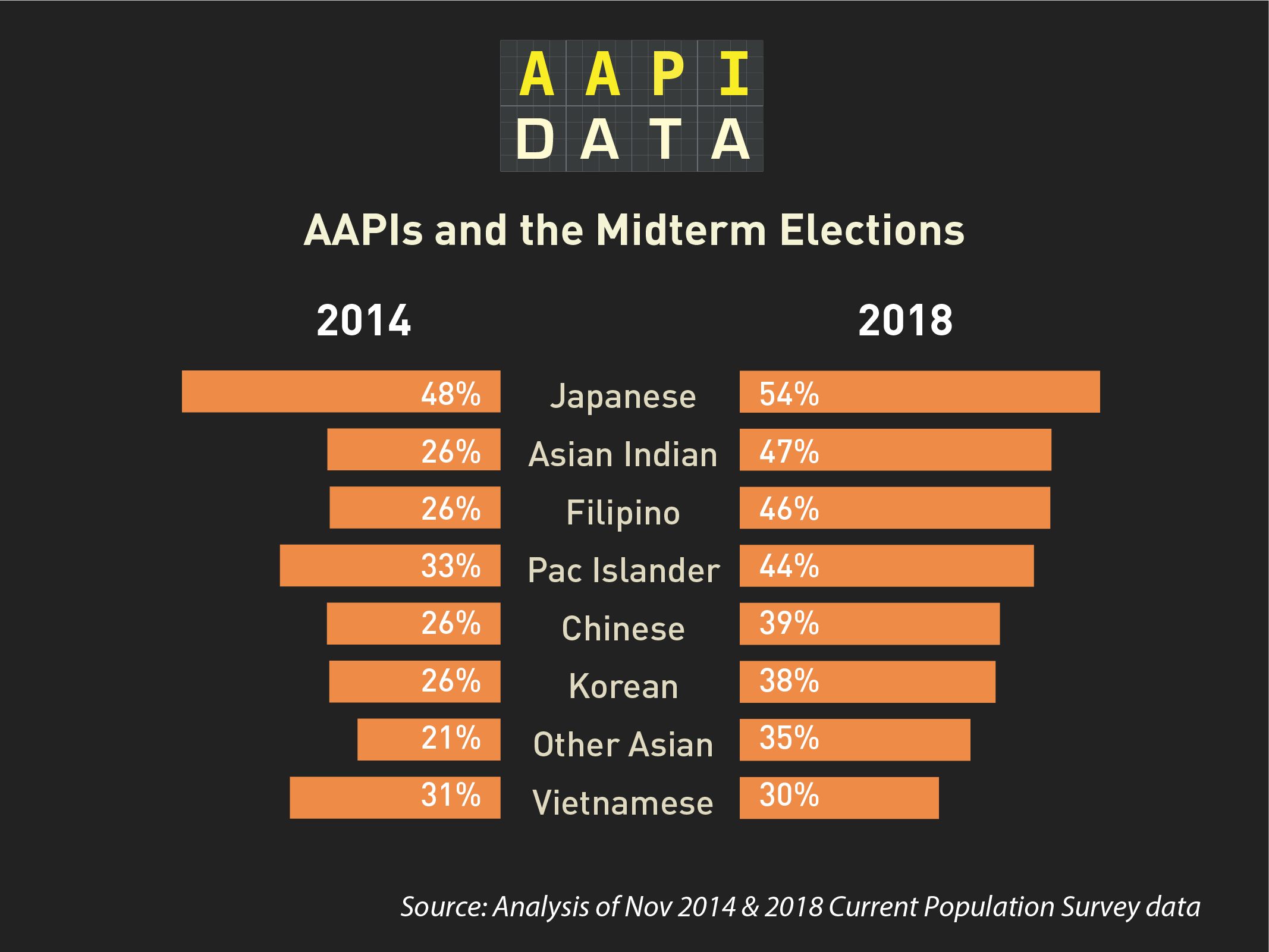 Finally, there were important state-level differences in voter turnout among Asian Americans and Pacific Islanders.[2] Washington had the highest rates of AAPI voter turnout in 2018, jumping from 42% in 2014 to 61% in 2018. By contrast, Hawaii and Florida saw no meaningful change in their rates of midterm voter turnout. California’s large AAPI populations also saw significant increases in voter turnout that were likely part of the “blue wave” that swept Southern California in 2018. Finally, Texas saw some of the biggest state-based gains in AAPI voter turnout between 2014 and 2018, and Democrats see a growing AAPI electorate as key to winning more Congressional districts, and perhaps even the state’s presidential vote in 2020. 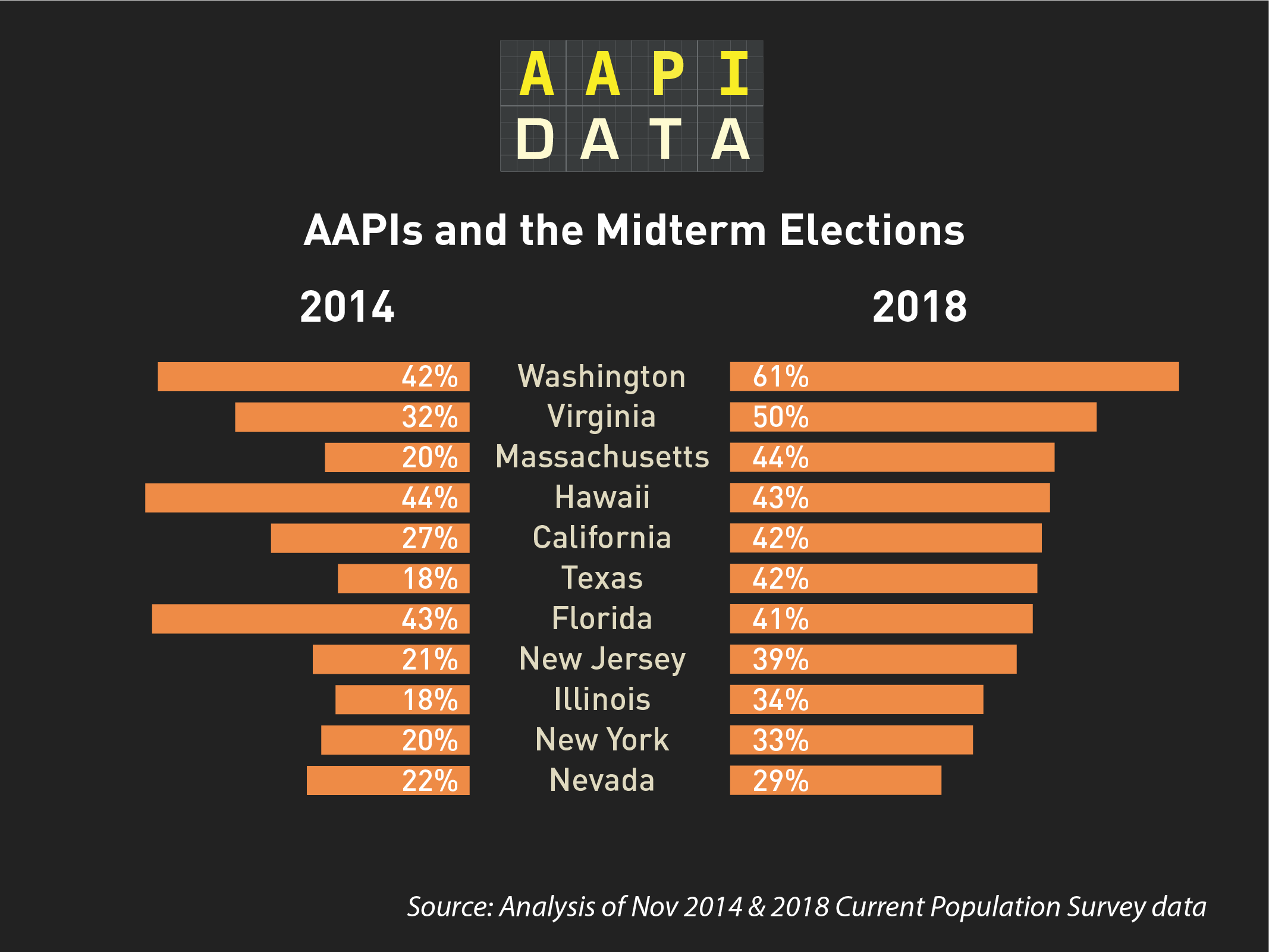 [2] Here, we report data on states with more than 75 Asian American respondents who were eligible voters.