President Trump hosts India Prime Minister Narendra Modi today for a meeting and working dinner, and if their prefatory remarks on Twitter are any indication, there is a high level of mutual public admiration between the two leaders.

While President Trump may enjoy public support from Modi, the same is not true for his support among Indian Americans. There are nearly 4 million people of Asian Indian origin living in the United States, and the group is growing rapidly in terms of its economic and political clout, whether measured by campaign contributions, elected members of Congress, or voting.

According to data from the 2016 Post-Election National Asian American Survey, Trump won only 16 percent of the Indian American vote in 2016. This was the same level of support that Mitt Romney won in 2012, and suggests that the rise of groups like Hindu Americans for Trump, and events like presidential candidate Trump’s Hindu American rally in October 2016 did little to improve his standing among Indian American or Hindu American voters. (In results not yet published, the 2016 NAAS data show that only 16% of American Hindus voted for Trump). 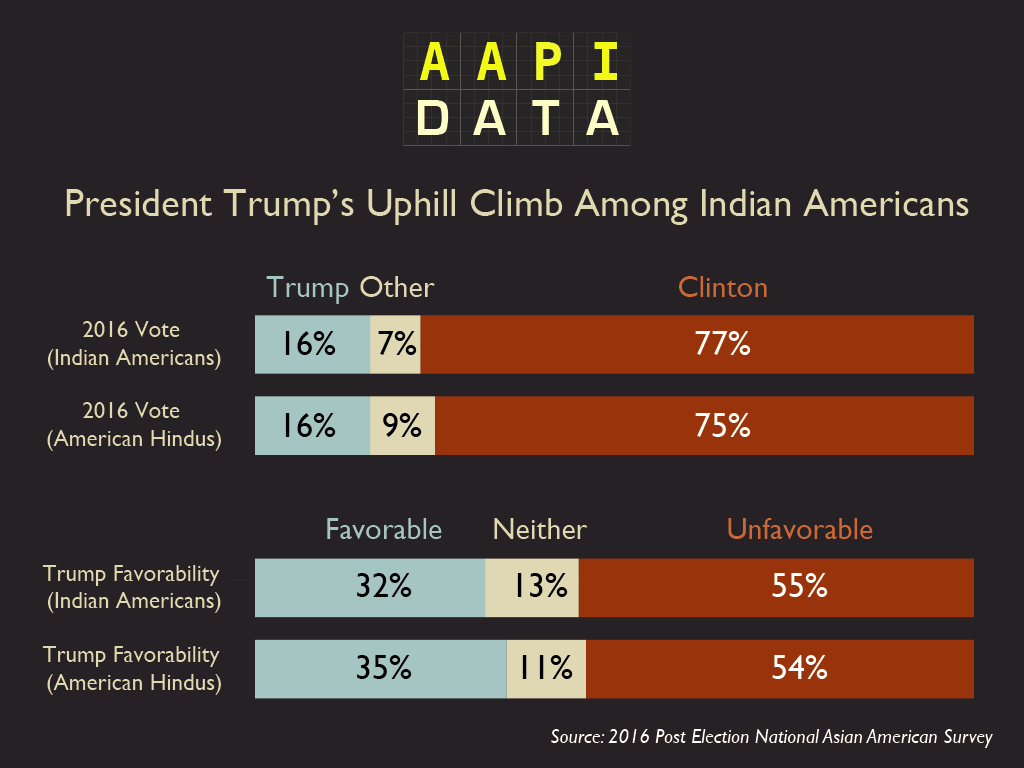