Last week, Jeb Bush and Carly Fiorina came under fire for their offensive comments on Asian immigrants. Bush noted in his visit to border city McAllen, TX, that the phenomenon of so-called “anchor babies” was “frankly, more related to Asian people,” while Fiorina called in Le Mars, Iowa for the urgent resolution of “festering problems” like the Chinese birth tourism industry in the United States.

“If a political candidate expressed strongly anti-immigrant views, but you agreed with him or her on other issues, would you still vote for that candidate, or would you vote for someone else?” 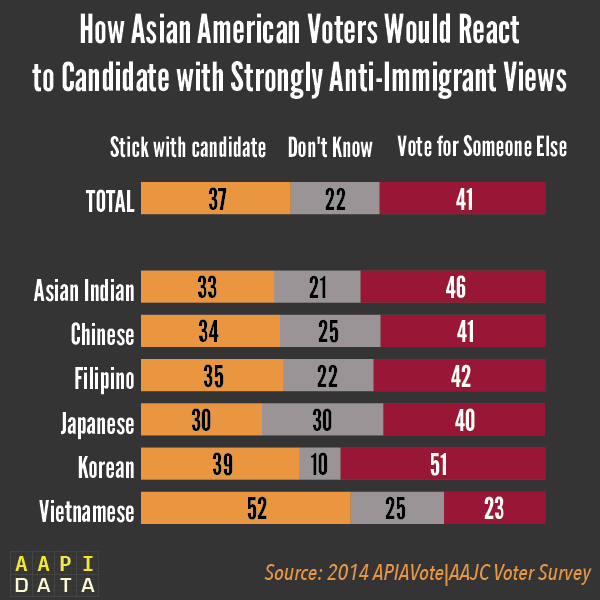 Three things to note about these results:

These results provide a cautionary tale for presidential candidates, with evidence from the last 20 years suggesting that exclusionary rhetoric has played a significant role in the 40-point increase in Asian American support for a Democratic president.