If you’re Asian American or Pacific Islander, and you have one or more social media accounts, you saw a mailer from Edison, New Jersey last week. If you have somehow managed to avoid social media, the mailer entitled, “Make Edison Great Again,” stated that “[t]he Chinese and Indians are taking over our town,” and suggested deporting two AAPI candidates for school board, Jerry Shi and Falguni Patel. And if you’re South Asian American, you likely saw another New Jersey election flyer against Hoboken mayoral candidate Ravi Bhalla, which featured the Sikh American’s photo with a turban, with a headline that read, “Don’t Let TERRORISM take over our town.”

For those of us in Southern California, these two campaign circulars may seem irrelevant to your daily life, too far away from your home and work or perhaps seemingly unlikely to be distributed given where you live—Koreatown, Monterey Park, Gardena, Long Beach, or Cerritos. But, these areas and other AAPI neighborhoods and cities are exactly the sort of places it is likely to happen. Edison is a city in New Jersey where 47% of the population is Asian American. And New Jersey, like California, is a state with a significant AAPI voting population, many of whom are foreign born. These incidents can happen here. In fact, they have in the past—against Mike Woo in his 1981 LA City Council campaign to unseat Peggy Stevenson, and against Harmeet Dhillon in her 2013 campaign to become state GOP Vice-Chair.

Karthick Ramakrishnan, Associate Dean of the UC Riverside School of Public Policy and Director of AAPI Data, in his CNN piece over the weekend, argues that such campaign materials will continue to be distributed unless voters reject racist fear-mongering candidates in Tuesday’s election in New Jersey. And they will continue to be produced in Virginia, where Ed Gillespie, the GOP candidate for governor, has run some of the most anti-immigrant ads we’ve seen since the days of Pete Wilson. And they will be used in California… unless we stop them. 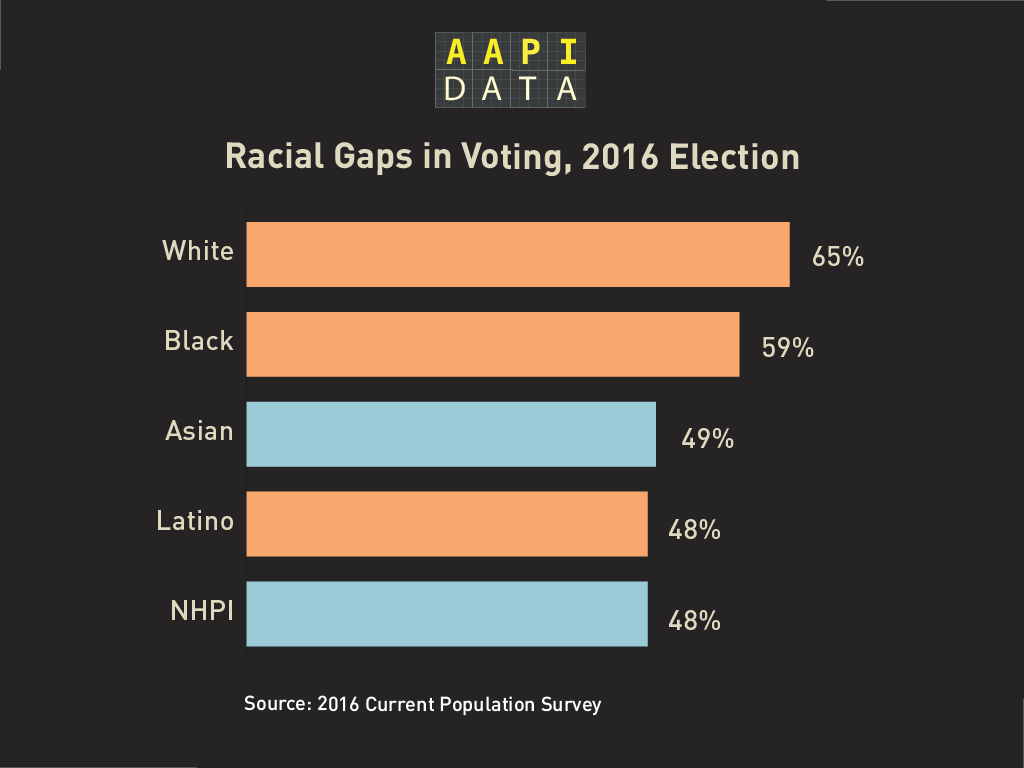 It’s critical that the AAPI community begin to flex its electoral muscle in the ways that other communities have done. We must start voting in larger numbers. As President Obama noted at the 2016 Asian Pacific Institute on Congressional Studies (APAICS) Awards Gala, only 56% of qualified AAPIs were registered to vote in 2012. And in 2016, only 49% of Asian Americans voted while 65% of Whites and 59% of African Americans did, according to AAPI Data. 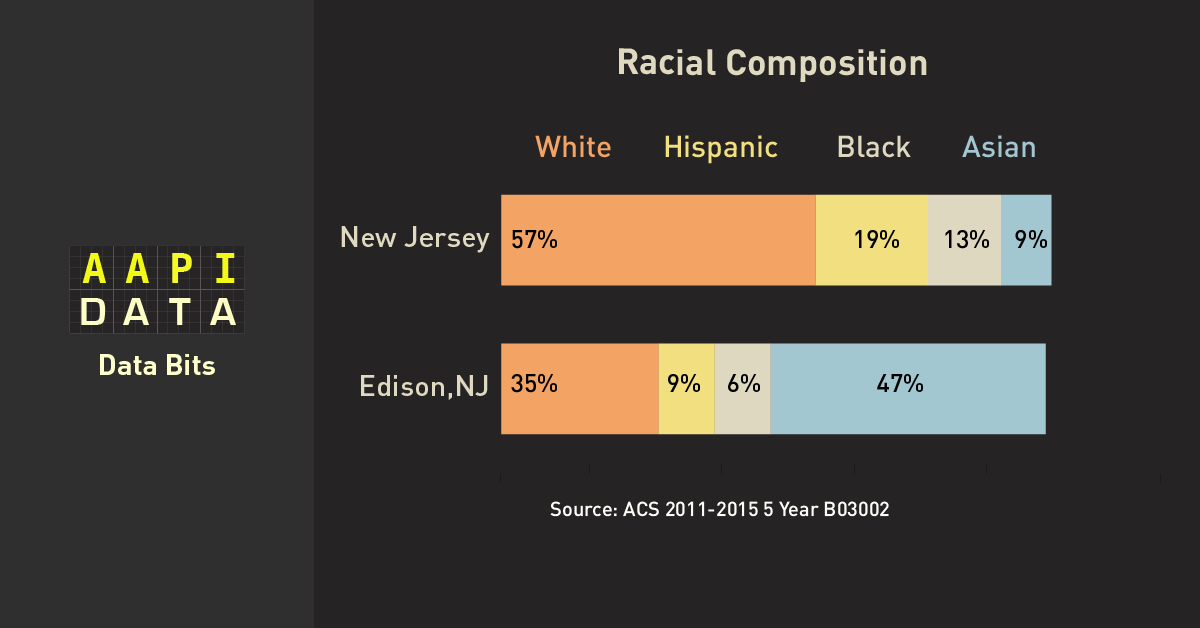 As mentioned above, the state of California has a significant AAPI population like the state of New Jersey; we make up 15% of the state’s population, with a similar percentage of the state’s electorate. And many of our cities have a large AAPI population like Edison; Irvine, Garden Grove and Torrance all have AAPI populations that hover around 40%. But while AAPIs make up approximately 11% of the overall population of Southern California (with a low of 7% in Riverside County and a high of 20% in Orange County), we constituted only 7.3% of the electorate in the 2014 election, a UC Davis Center for Regional Change report found. 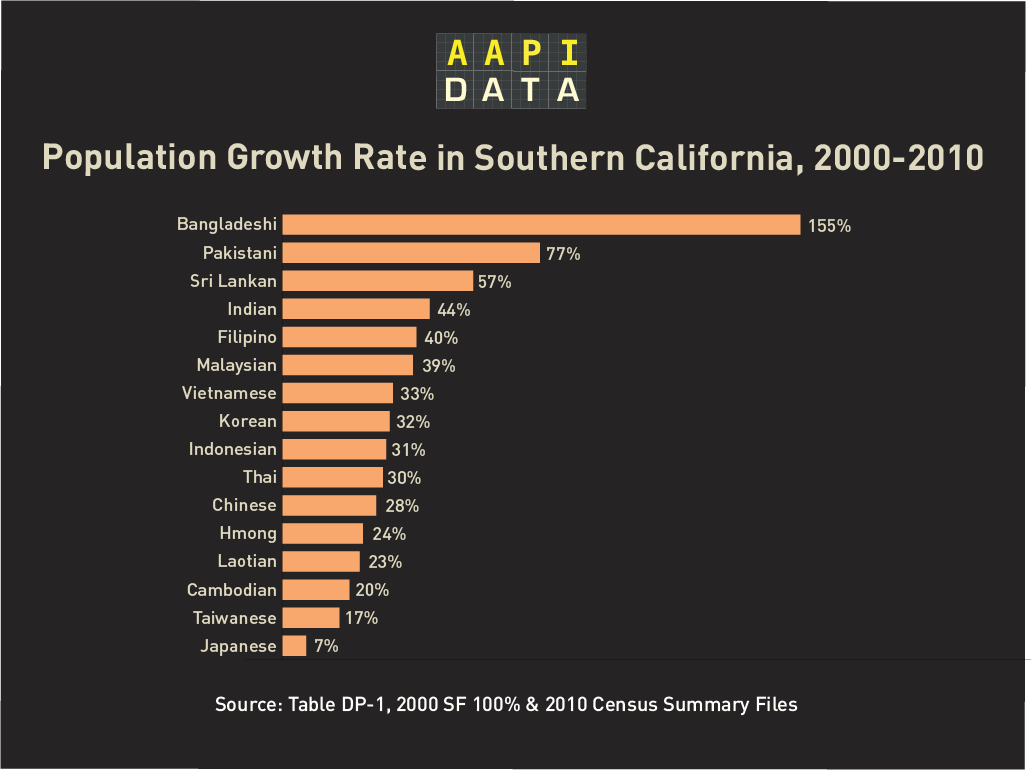 Tuesday, November 7 is Election Day for many of you in Southern California; numerous general and municipal elections will take place as will races for school board and water district positions. There are no statewide races, and perhaps few candidates are new or exciting. Donald Trump is not on the ballot. But local elections are where our vote can have the most impact, especially in “off-years” when only 10% or 11% of the overall electorate even turns out. It’s critical that you vote on Tuesday. Even if there is little TV news coverage and scant mention on NPR, party leaders, candidates and pollsters are watching to see who votes and they are deciding now who will run in 2018 and what sort of candidacy they will run. Your vote tomorrow will help to decide if we become Edison next year.

Manjusha P. Kulkarni is the Executive Director of the Asian Pacific Policy and Planning Council (A3PCON).