At AAPI Data, we seek to contribute to this conversation on federal data standards by illustrating the importance of AAPI data disaggregation. We do so in a series of blog posts this week focusing on particular outcomes, starting with unemployment and poverty.

Rates of unemployment are released by the Department of Labor each month and is broken down by a number of demographic characteristics including race and ethnicity. Although disaggregated data on Asian sub-groups is collected by the Current Population Survey, you won’t find these estimates in the monthly report issued by the DOL. In order get access to these data, you must rely on the sporadic release of annual data by the Department of Labor or manually compute these estimates. 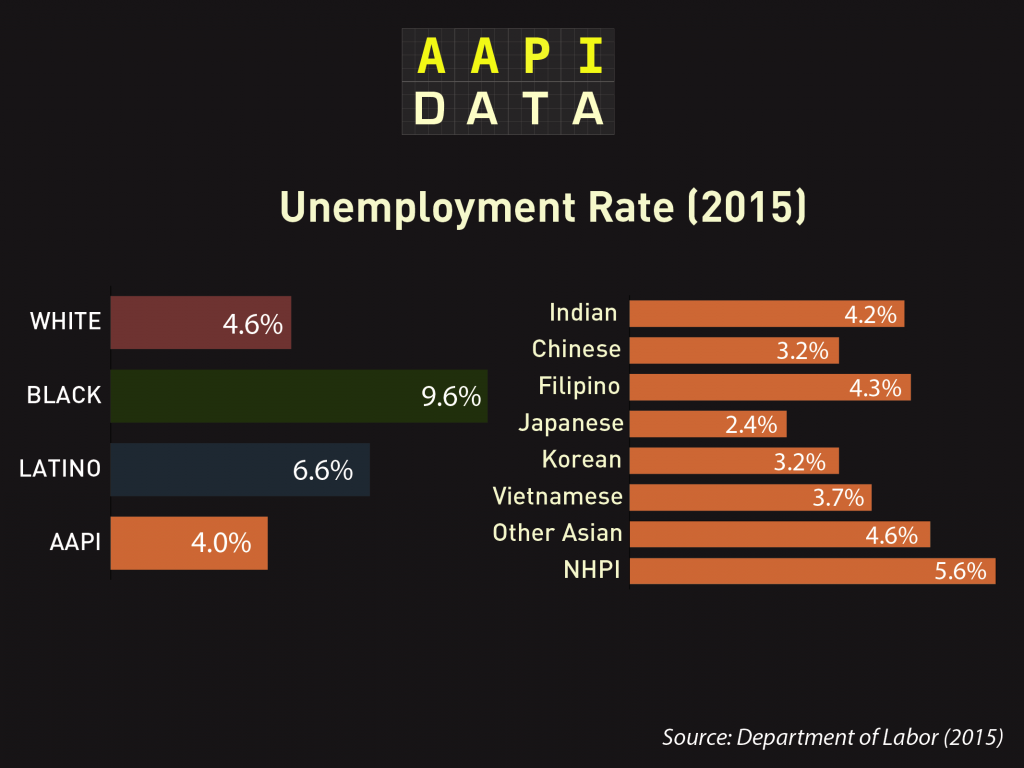 The importance of disaggregated data is also apparent when we examine rates of poverty. As a group, Asian Americans have relatively low levels of poverty, slightly higher than Whites but significantly lower than Blacks and Latinos. Disaggregating AAPIs again show large differences across groups with NHPIs and particular Asian groups reporting relatively high levels of poverty. Importantly, there are significant variations in poverty trends over time across Asian subgroups. 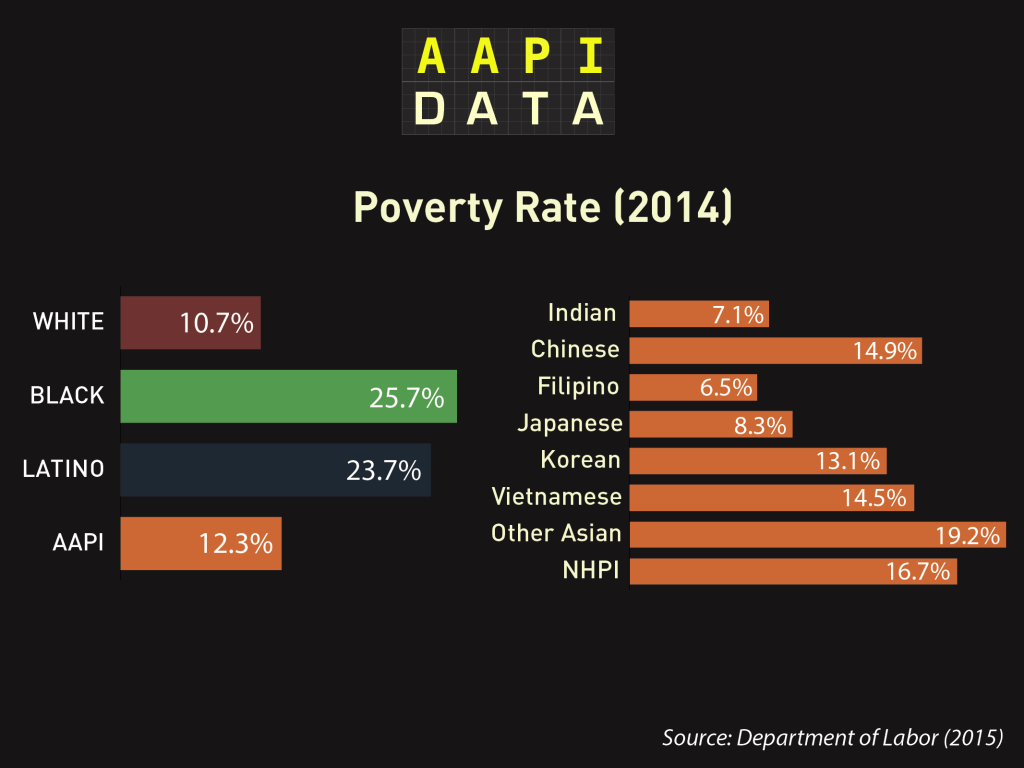 In both estimates of unemployment and poverty, the limits of the current standards for collection and reporting of disaggregated data are noticeable. The categories for NHPI and Other Asian do not represent distinct groups, rather they are also aggregations of many different sub-groups. Many groups that have significantly lower levels of income and educational attainment like Hmong, Samoan, Laotian, Cambodian, are aggregated and reported a single group of NHPI or “Other Asian.”

One final note: the analyses above rely on microdata from the American Community Survey and Current Population surveys, both of which are administered by the U.S. Census Bureau. We believe it is critical for the Census to continue collecting this data, expanding the number of detailed categories, and making the collection of detailed categories standard across federal datasets.  Finally, and perhaps most importantly, this data needs to be more user-friendly and publicly accessible, rather than being hidden under a maze of FactFinder tables or requiring statistical software and knowledge to work with individual-level microsample data.

We will say more about the importance of data disaggregation in health and education outcomes in future blog posts this week.

Center for American Progress & AAPI Data collaborated on a series of reports on AAPIs, including one on Income and Poverty. You can find the consolidated report here.

For more research and data on this topic, please visit our Labor Force & Poverty pages at AAPI Data.