Congressional Republicans are racing to pass tax reform legislation before their self-imposed deadline at the end of this year. While the Senate and House plans have notable differences, they both feature cuts to the corporate tax rate and ending numerous tax deductions for individuals. Wealthy people with high incomes will also see a tax cut, as would pass-through companies. State and local tax deductions may be eliminated, and Republicans are considering the elimination of the individual mandate in the Affordable Care Act.

While these bills would cut taxes on corporations and the rich, many Americans will pay more in taxes. A significant majority of Asian Americans believe that the rich should pay more in taxes—82% of Asian Americans either strongly or somewhat agree that the government should raise income taxes on people making a million dollars or more a year. Under the Republican tax plan, however, the ultra-rich would instead see a tax cut. 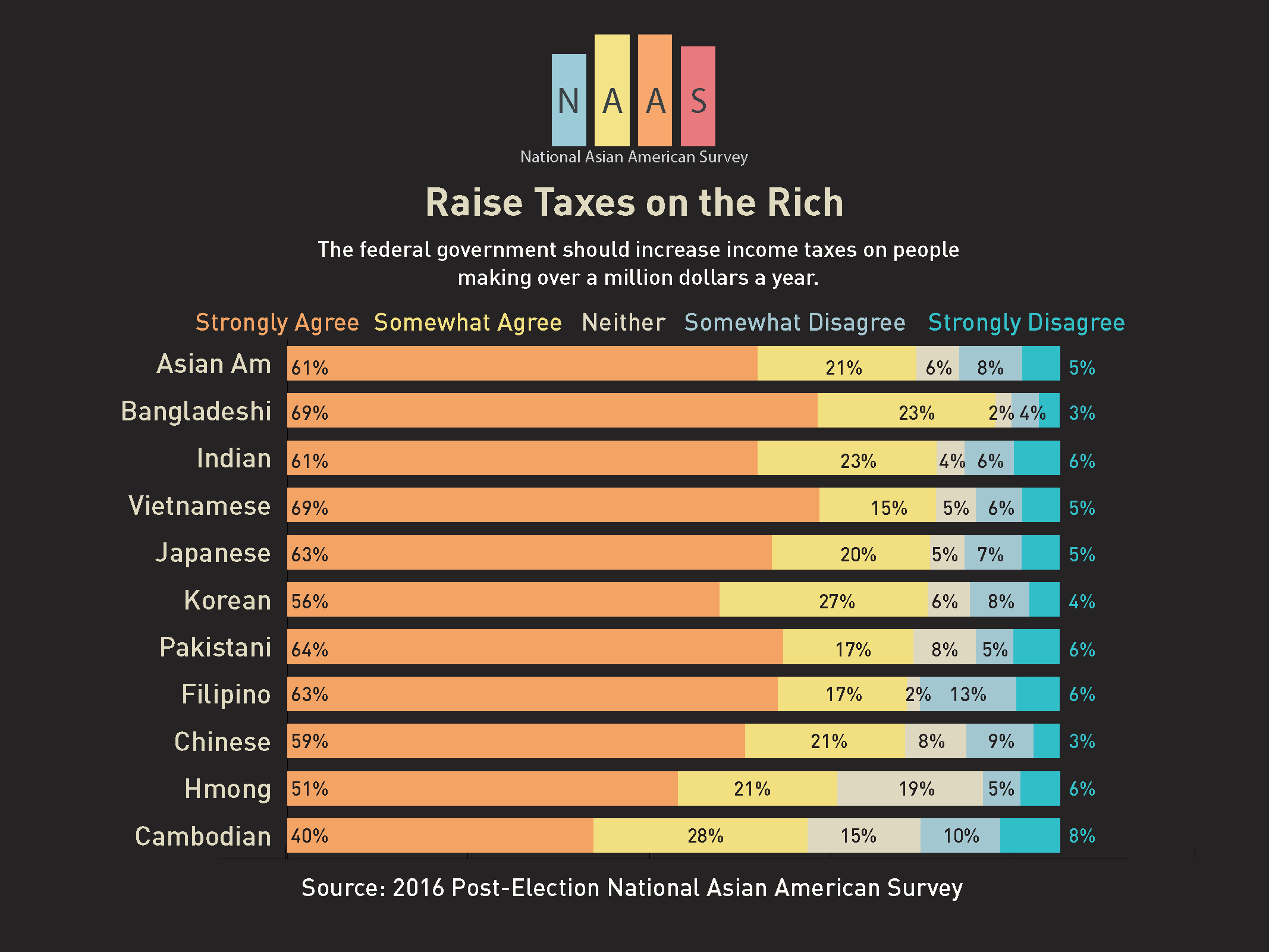 Another attempt to stay within budget reconciliation rules of the Senate—the mechanism which GOP leadership is attempting to use to pass tax reform—is the repeal of the individual mandate under the Affordable Care Act. By requiring all individuals to purchase insurance, the Obamacare mandate ensures that coverage can be affordable. Without the individual mandate, healthier people are expected to exit the market, which would increase premiums and significantly decrease coverage. The nonpartisan Congressional Budget Office estimates that 13 million people may lose coverage if the individual mandate is repealed.

While these tax bills will not constitute a repeal the Affordable Care Act, the individual mandate is a core pillar of Obamacare—the elimination of the mandate would have significant repercussions on coverage. Under the ACA, Asian Americans across various detailed origin groups have seen marked drops in uninsured rates. Asian Americans also continue to support the ACA. 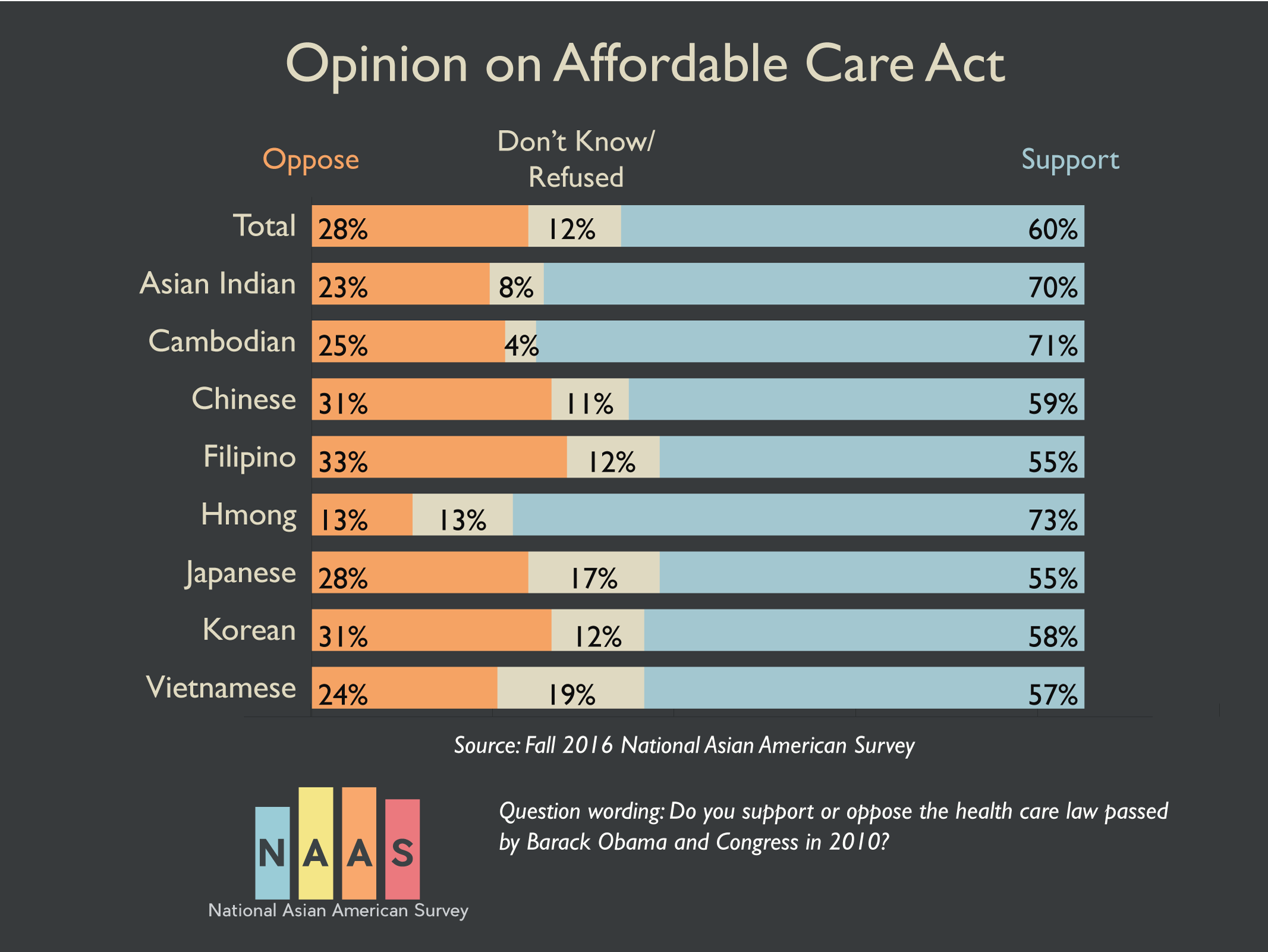 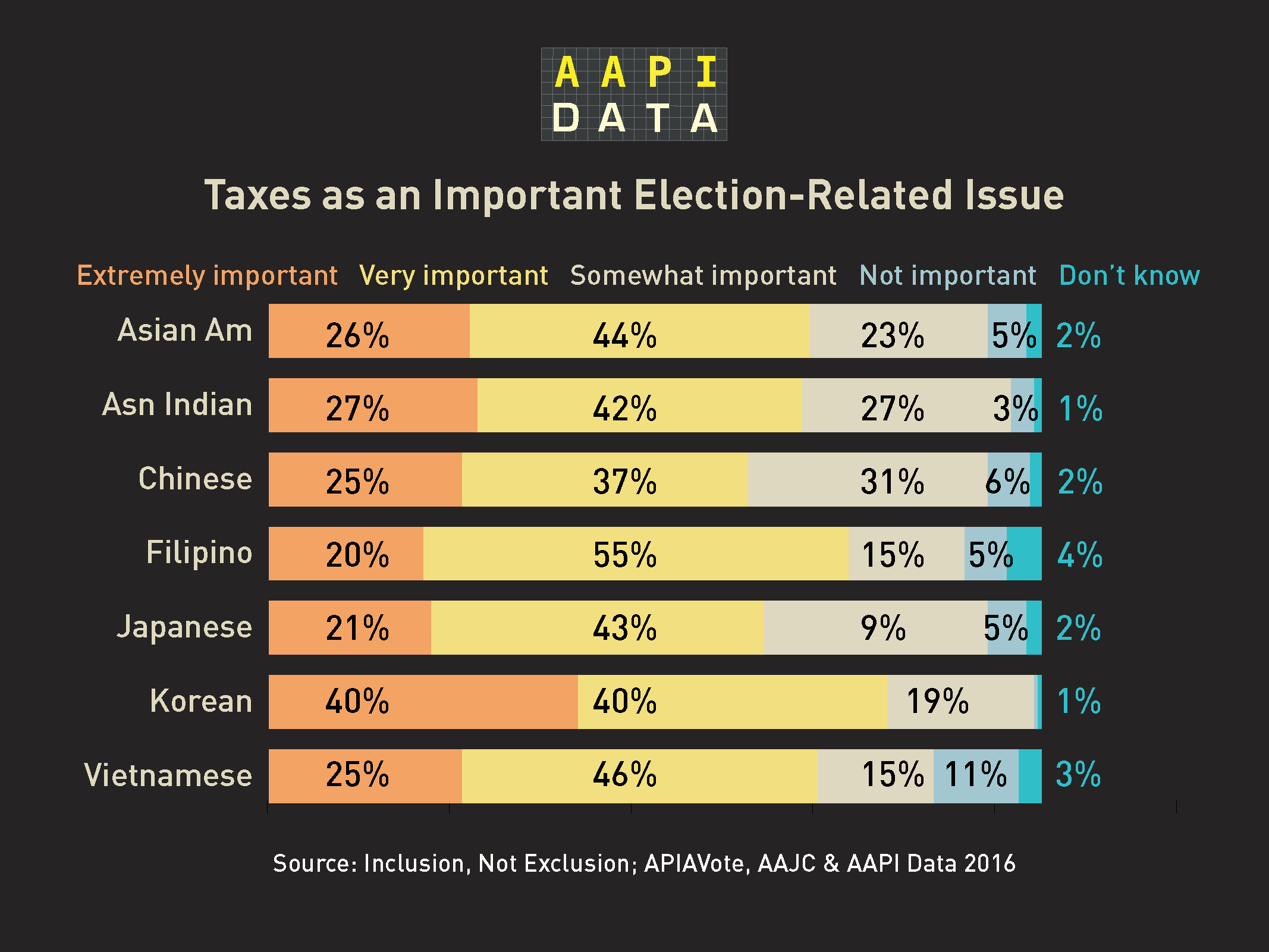 No matter what the final tax plan Republicans in Congress may pass will ultimately contain, Asian Americans across the country will directly feel its impacts. And for this rapidly-growing electorate that made significant gains in the 2017 election, the outcome of the tax reform debate will be an important consideration for next year’s midterm elections.