On Tuesday, April 19, New York holds its presidential primaries. Asian Americans and Pacific Islanders are an important part of the state’s electorate, comprising close to 1 million adult citizens in New York and one of the fastest-growing racial groups in the state.

Despite their growing importance, surveys of Asian Americans by mainstream news organizations are rare to find. And even when they occur, they are done only in English, which prior surveys indicate produce biased estimates of the Asian American electorate.

This spring, APIAVote, Asian Americans Advancing Justice|AAJC, and AAPI Data are conducting a survey of Asian American registered voters throughout the country, starting last week and running through mid May. So far, we have collected 111 responses in New York state, and are offering this as a preview to the kinds of results you can expect to see in late May, when we release the full results, including important results from California. We don’t have enough responses in other upcoming primary states to be able to produce state-level estimates.

We were curious to see what our New York data would show with respect to issues that matter to them and how they view the presidential candidates. Note that there has not been an in-language survey of Asian Americans conducted so far which examines these issues. An important caveat: a sample size of 111 means a margin of error of about 10%. We note below the differences that are statistically significant, and outside this margin of error.

First, with respect to issues. We asked registered voters, “I’d like to ask you about some issues that might be important in the elections in November.  Please tell me how important the following issues are to you personally in deciding how to vote: extremely important, very important, somewhat important, or not important.” The top five issues for Asian Americans in New York, as measured by those who gave it an “extremely important” rating are: gun control, health care, jobs/economy, social security, and education. Ratings on these issues are all within the survey’s margin of error, which means that we cannot conclude with a high level of certainty that gun control scored higher than the other 4 issues using this measure. 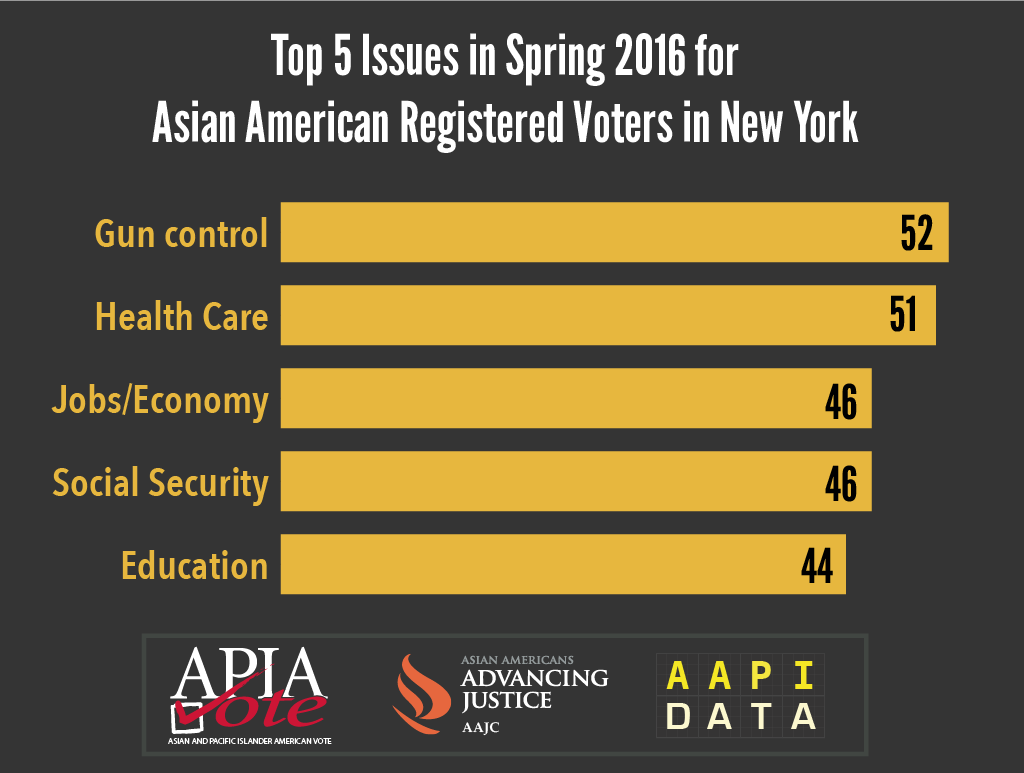 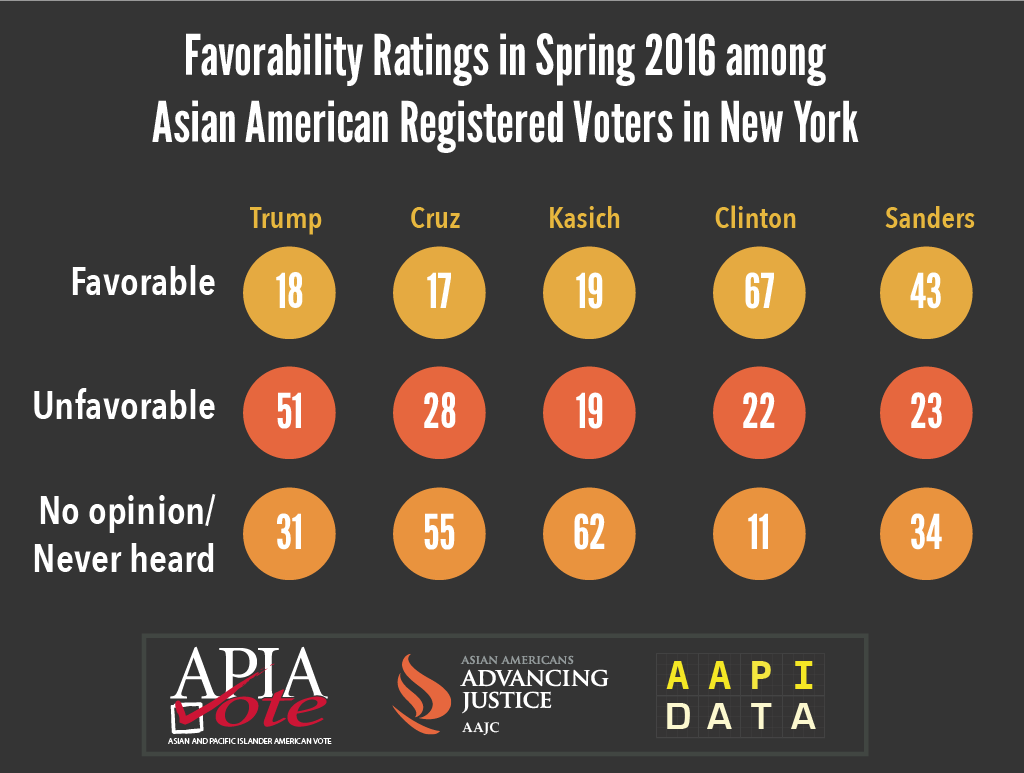 We will have more to say as our Spring 2016 Asian American Voter Survey rolls on. Stay tuned by following us on Twitter: @APIAVote, @AAAJ_AAJC and @AAPIData