Affirmative action is on the Supreme Court’s docket for the fall, with a decision projected for the spring or summer of 2023. Students for Fair Admissions (SFFA) has filed lawsuits against both Harvard and the University of North Carolina-Chapel Hill, alleging that both universities consider race in their admissions decisions in unlawful ways that harm Asian American applicants at Harvard and both Asian American and white applicants at UNC. The plaintiffs have painted Asian Americans as ardent opponents of affirmative action, but new survey data cast empirical doubt on this narrative.

Based on the Asian American Voter Surveys of 2014-2022, the majority of Asian American registered voters, interviewed in English as well as Asian languages, continue to support affirmative action in university admissions. 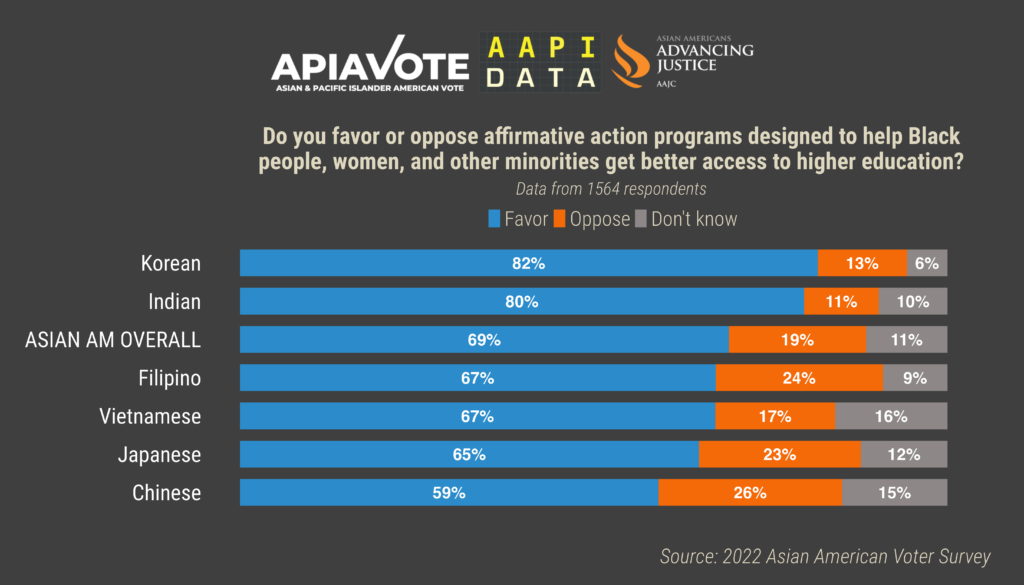 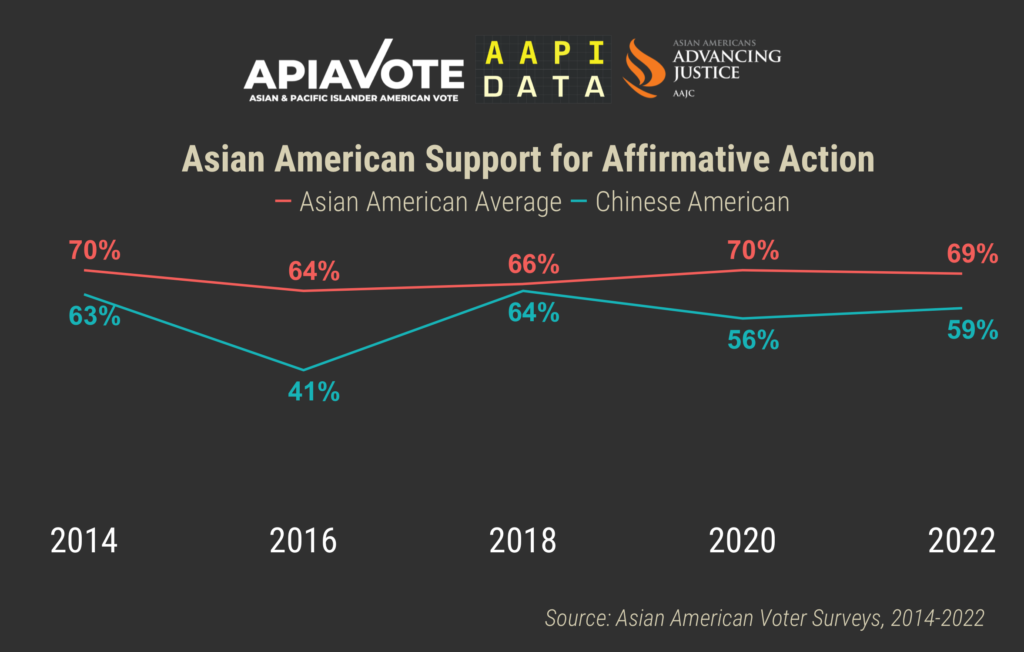 [1] Percentages are based on estimates from the 5-Year 2020 American Community Survey Public Use Microdata for the Asian alone population.