With just under two weeks remaining before election day, we provide a closer look at the number of AAPI candidates running for office in the 2018 midterm election on November 6. Compared to prior election cycles, AAPIs are running for Congress in greater numbers across a larger group of states.

How we collected the data

To get estimates of the number of AAPI candidates for prior election cycles we used data from Federal Elections, a report published by the Federal Election Commission every two years that contains election results from each state’s election office and other official sources (https://transition.fec.gov/pubrec/electionresults.shtml). For candidates running in 2018, we updated our previously compiled list (see post) to focus on AAPI Congressional candidates that will appear on ballots in the general election. A full table of general-election candidates appears at the bottom of this post. 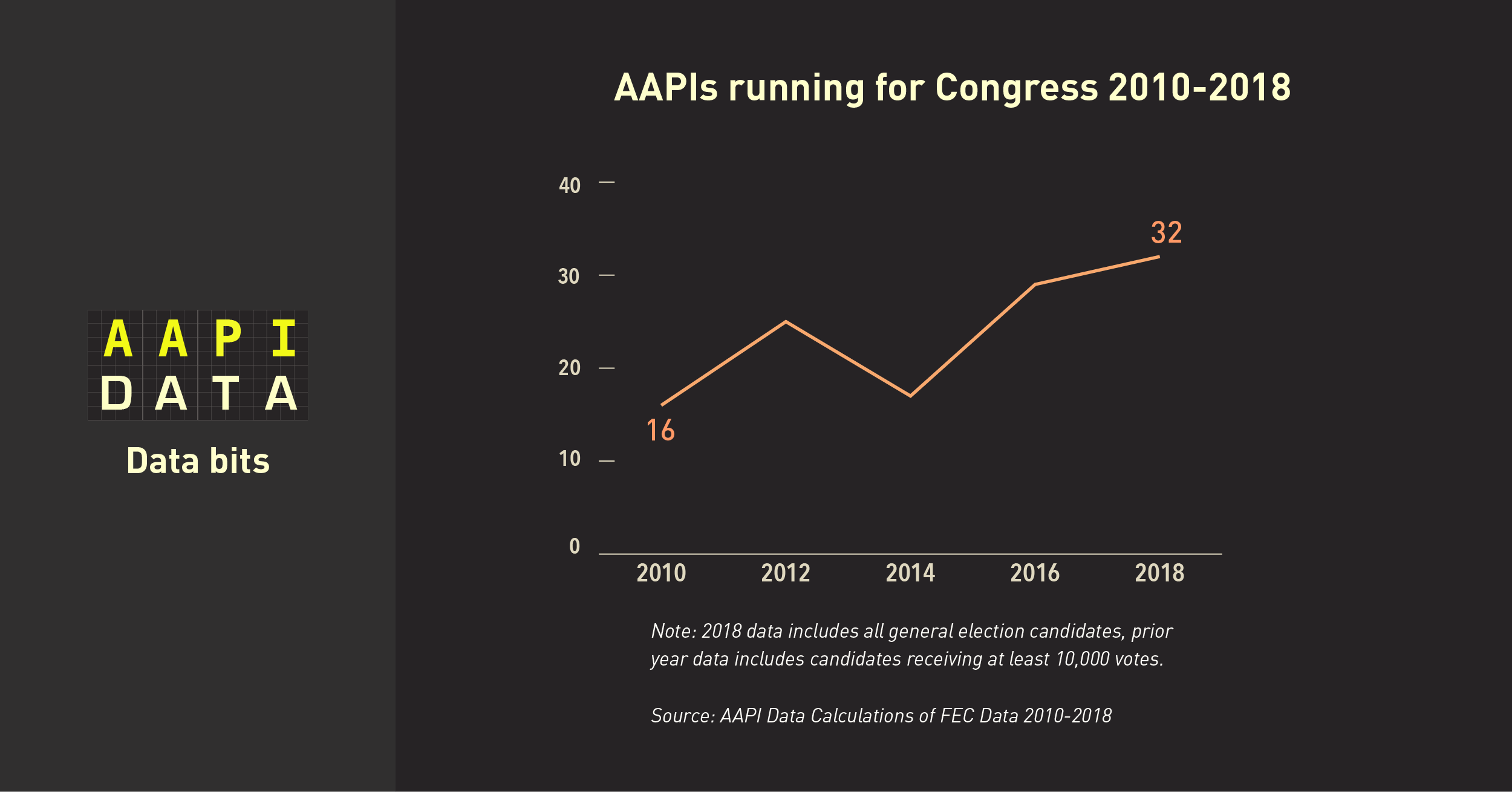 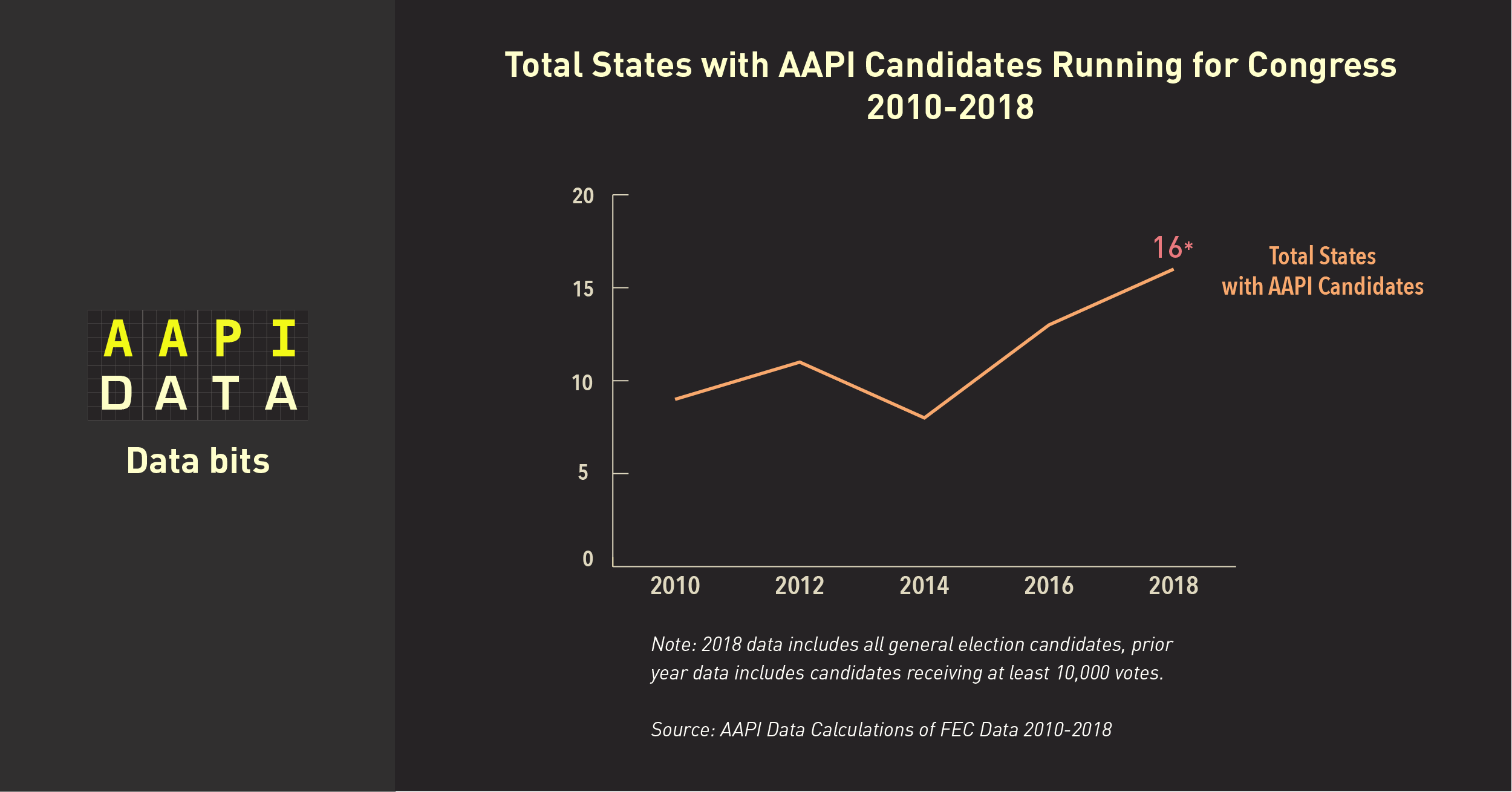 From 2010 to 2018, about 1 out of 3 AAPI candidates for Congress ran in California. Importantly, however, 2018 features a significantly greater number of states with AAPIs running for Congress. 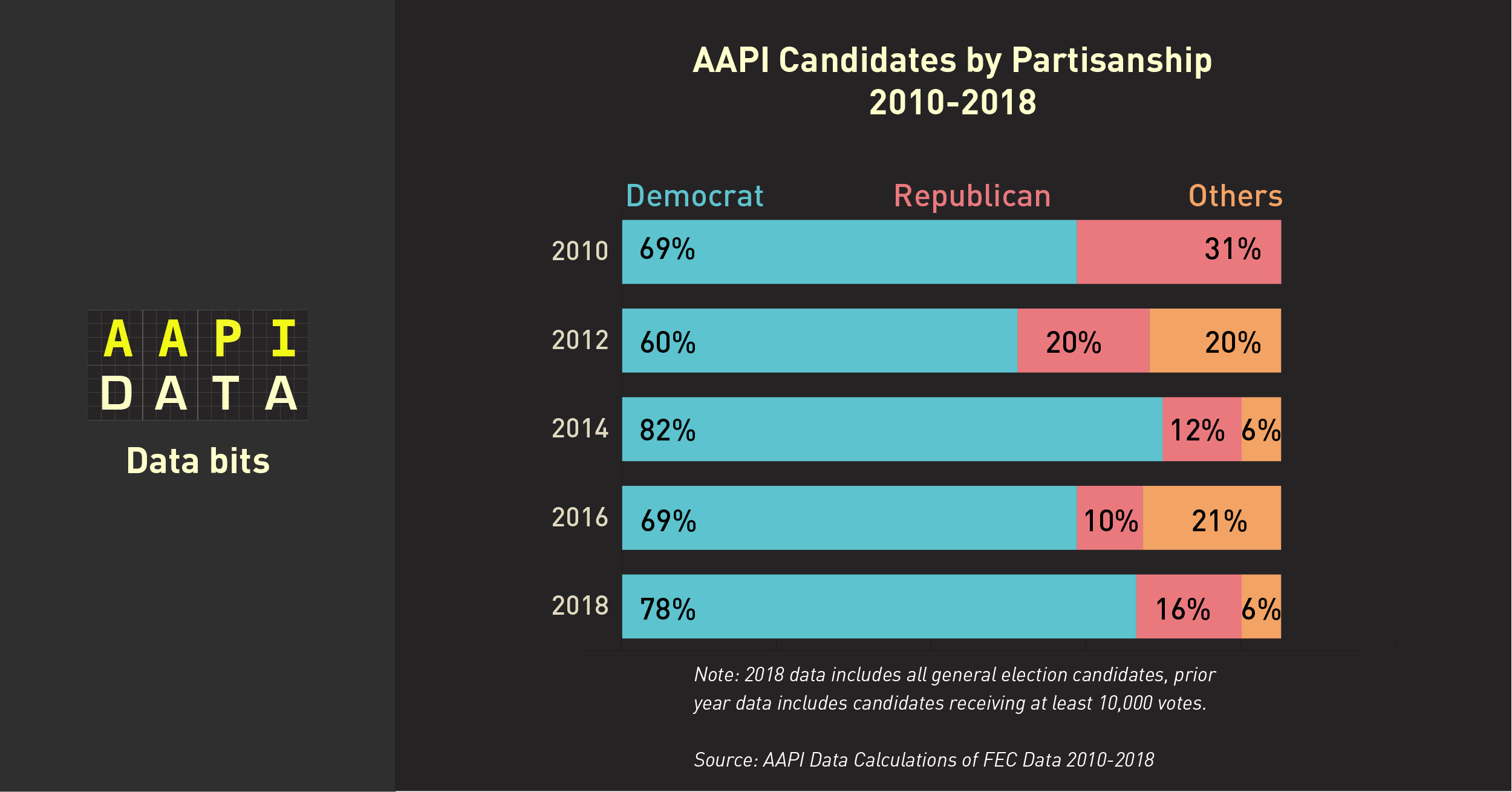 Identifying AAPI candidates was done using a series of checks. First, we used ethnic surname analysis that uses a list of surnames from the 2010 Census that has probability estimates that a surname belongs to a particular racial group. This is a commonly used technique in the analysis of administrative records. Next, we cross-referenced our list against known AAPI incumbents via the list of AAPI members of the Congressional Asian Pacific American Caucus (CAPAC). Finally, the last step was for our team to flag any uncertain candidates or add candidates that we manually verify.