In addition to the recent launch of our report on data equity, AAPI Data is excited to announce the launch of the 2022 State of AANHPIs in the United States Report. As with our other reports, the full-text of this new demographic report can be found at aapidata.com/reports.

The 2022 State of AANHPIs in the United States Report provides a snapshot of key demographic characteristics of Asian American, Native Hawaiian, and Pacific Islander populations. It serves as an update to the 2014 State of Asian Americans and Pacific Islanders report, published jointly by AAPI Data and the Center for American Progress, and as a baseline for a new data tool that AAPI Data is rolling out in summer 2022, which will provide annual updates on key demographic indicators, disaggregated by race, detailed origin, and geography.

The report draws on a variety of federal data sources to provide charts and analysis on key outcomes in the following areas:

Population Change: Between 2010 and 2020, the Asian American pop grew rapidly by 40% to over 24M. The Native Hawaiian and Pacific Islander population also grew by 30% to 1.6M. 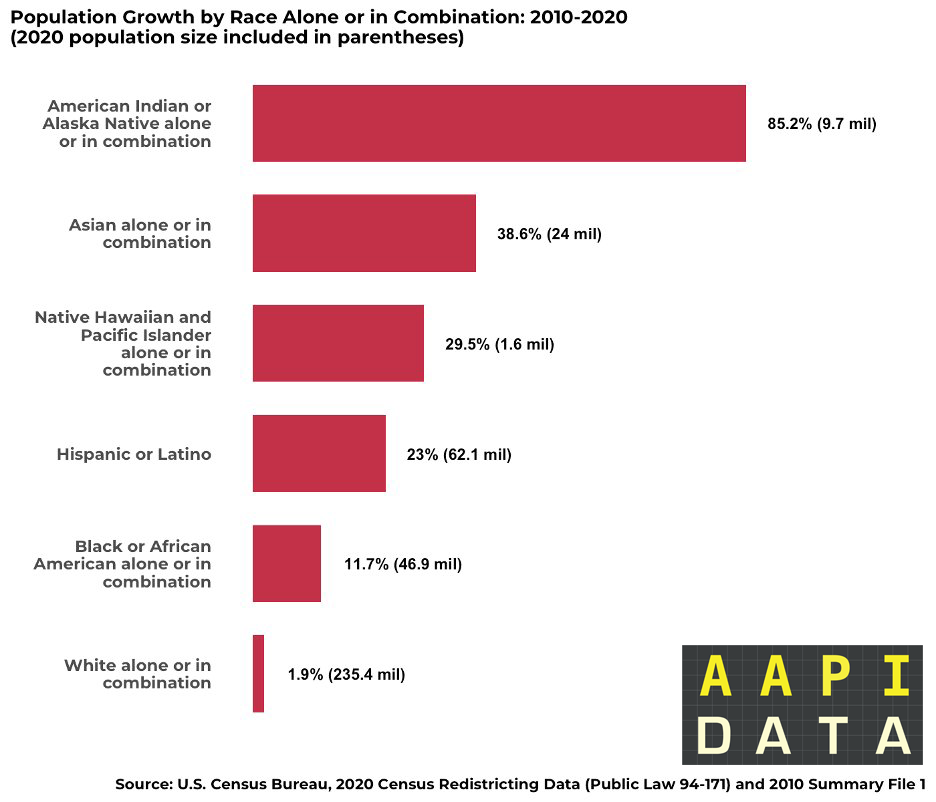 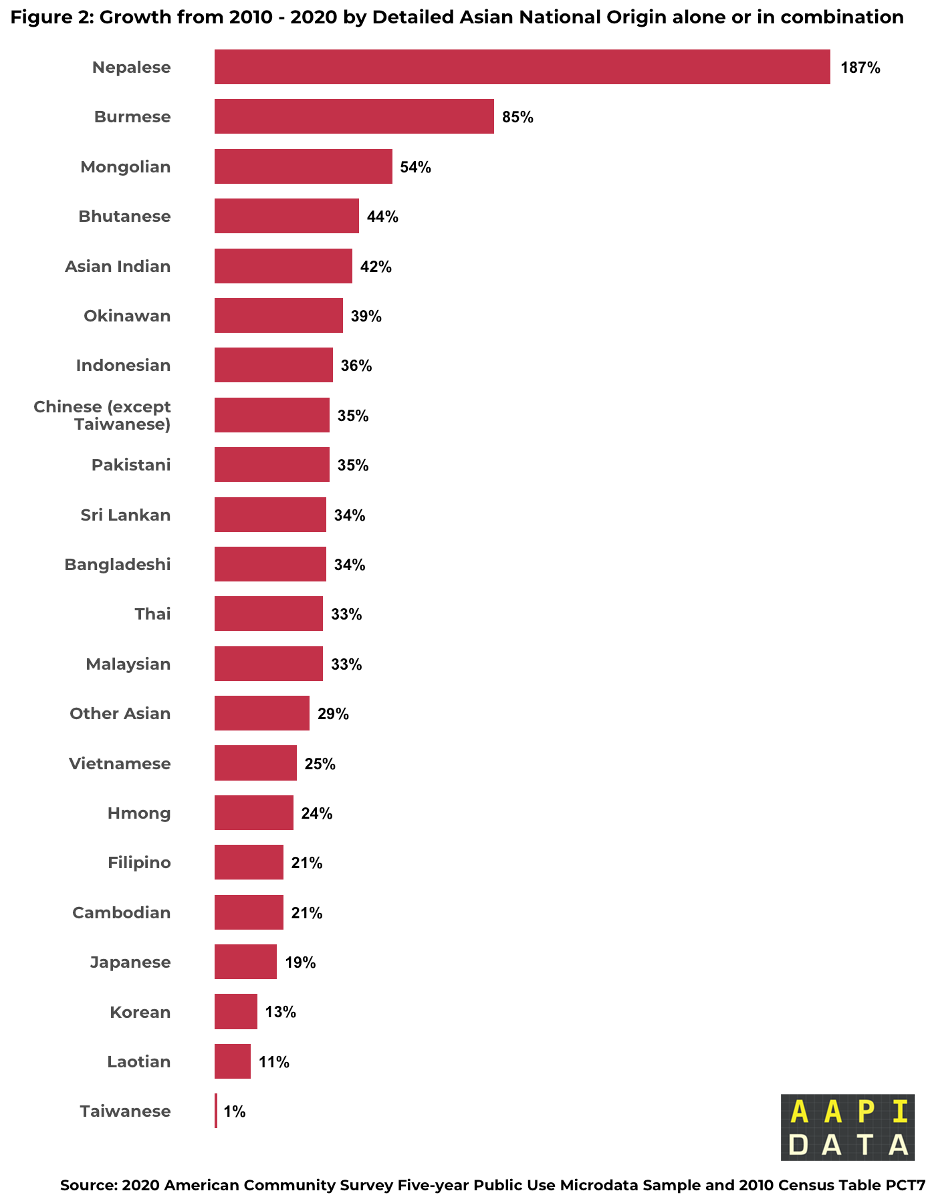 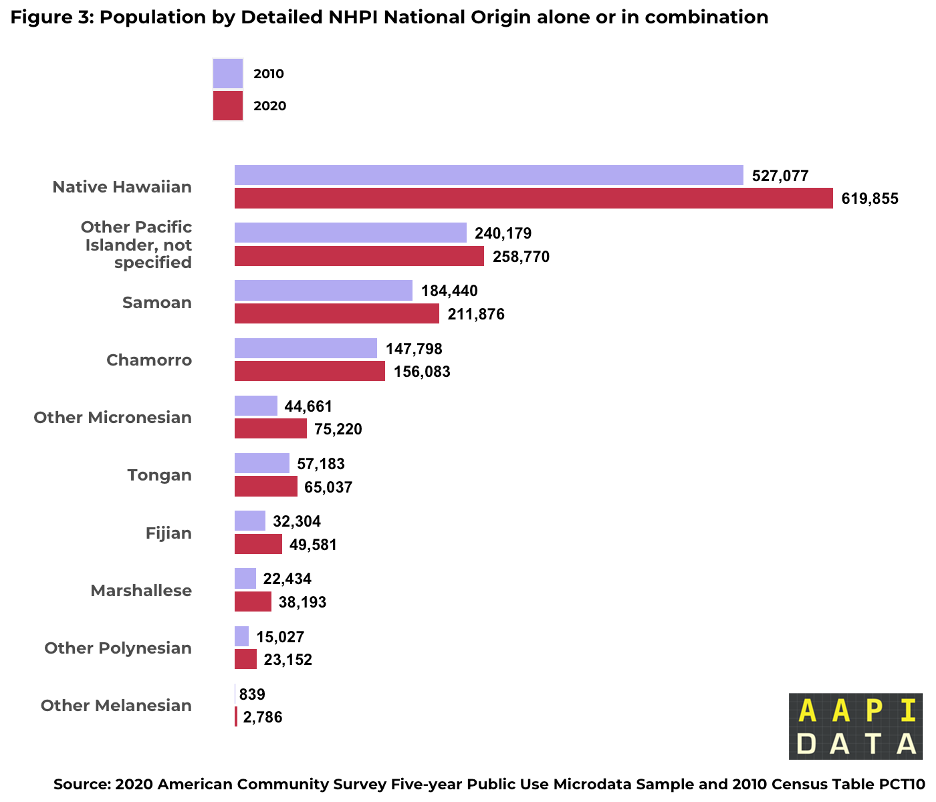 Immigration: Fewer legal permanent residency permits were issued to Asian and Latin American immigrants during the final two years of the Trump administration, and fewer Asians were naturalized in 2020. 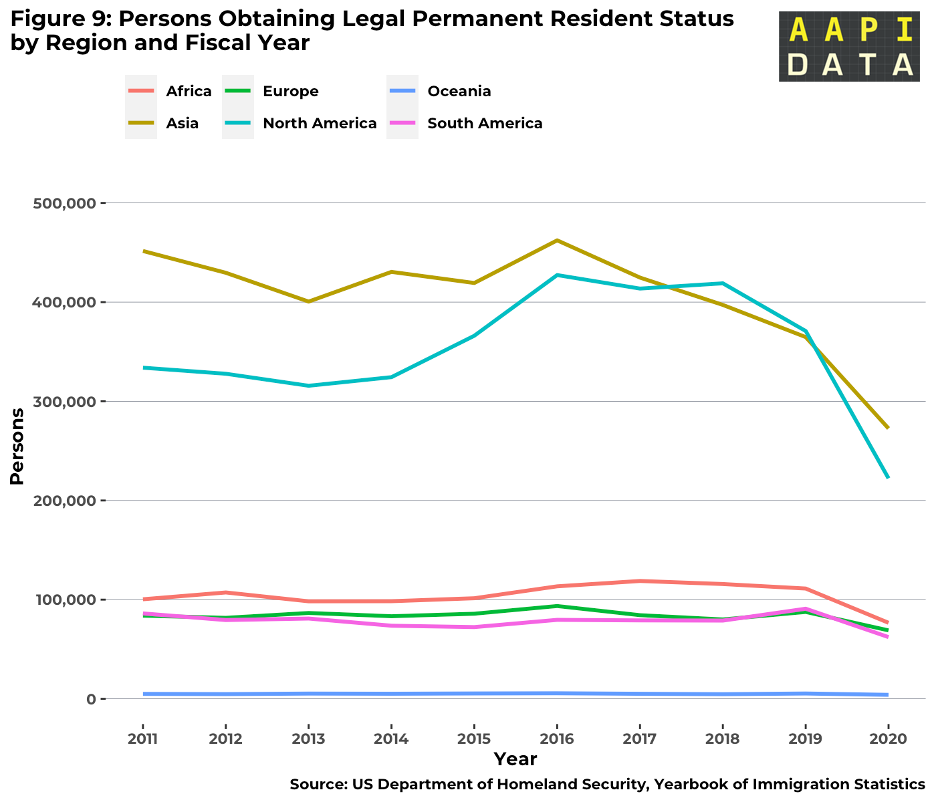 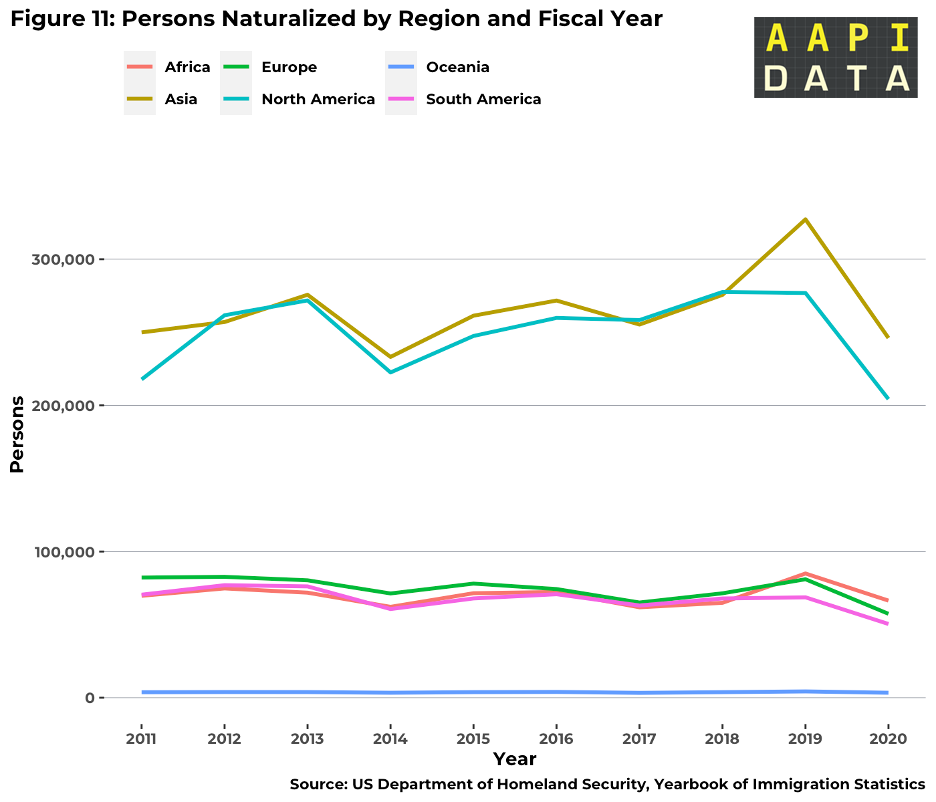 Language Needs: Asian Americans have the most language assistance need with 32% being Limited English Proficient compared to 29% for Latinos and 12% for Native Hawaiians and Pacific Islanders. 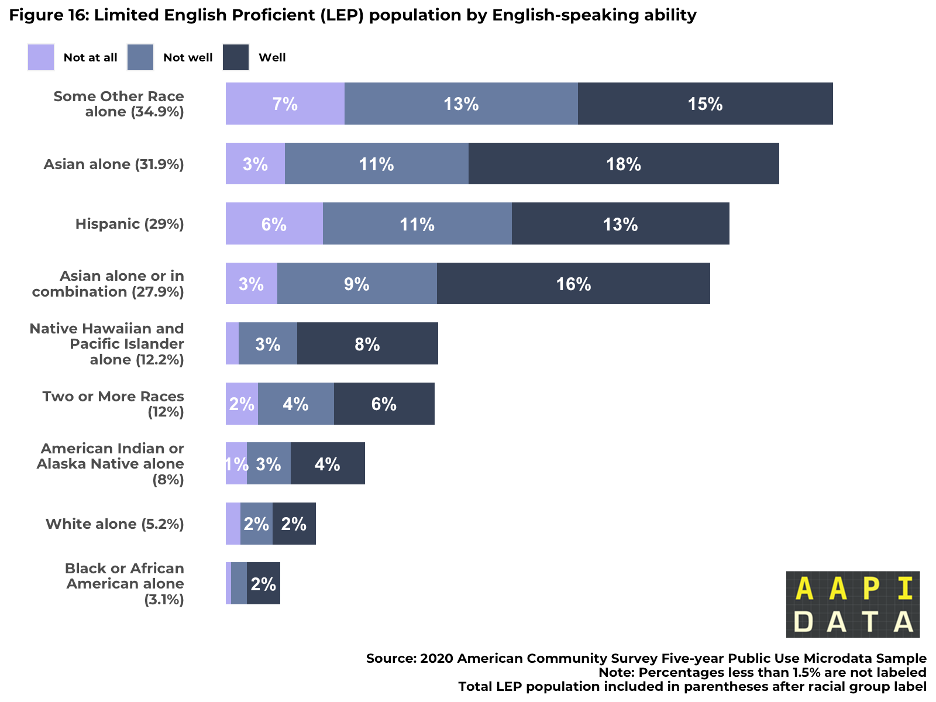 Disaggregated Language Needs: Language assistance needs become even more apparent when disaggregating by detailed Asian and NHPI national origins, demonstrating yet again the diverse experiences and needs of these communities. 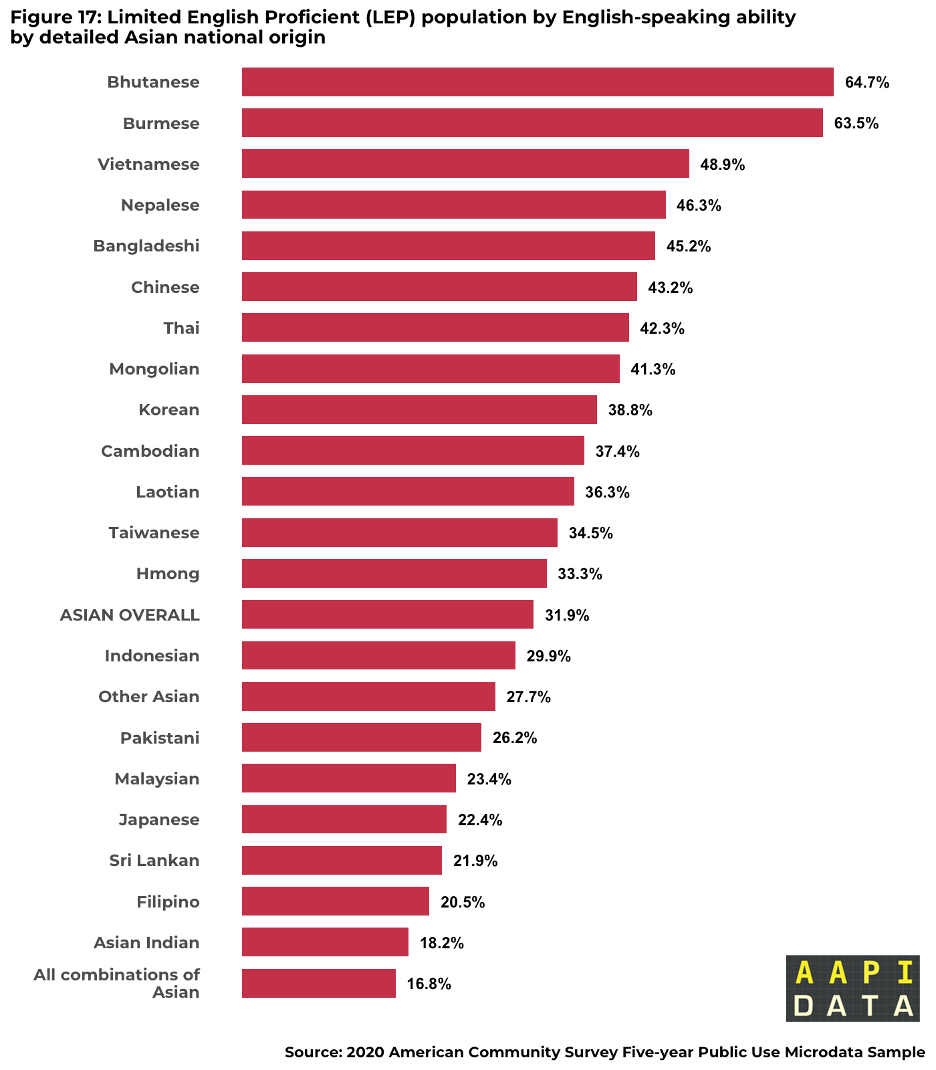 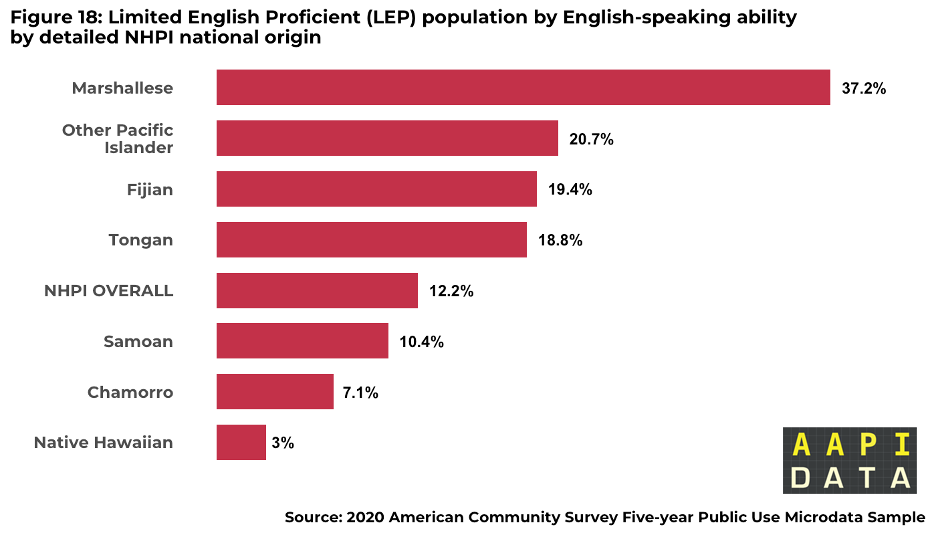 Educational Attainment: NHPIs continue to face the greatest challenges to higher education, with only 19% attaining a Bachelor’s degree, as do several SEAsian refugee populations such as Vietnamese, Hmong, Burmese, Cambodian, Lao and Bhutanese. 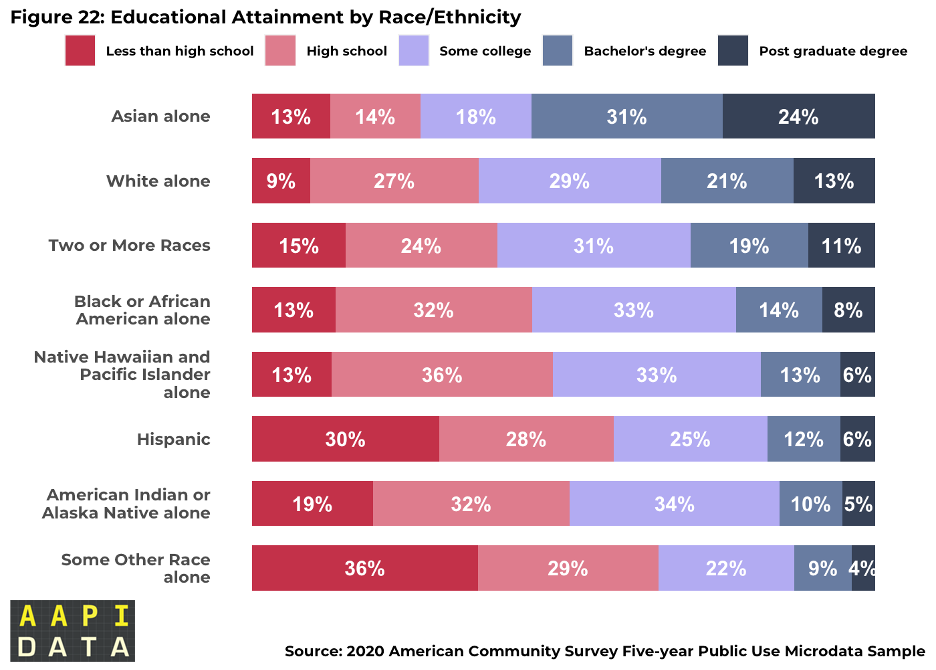 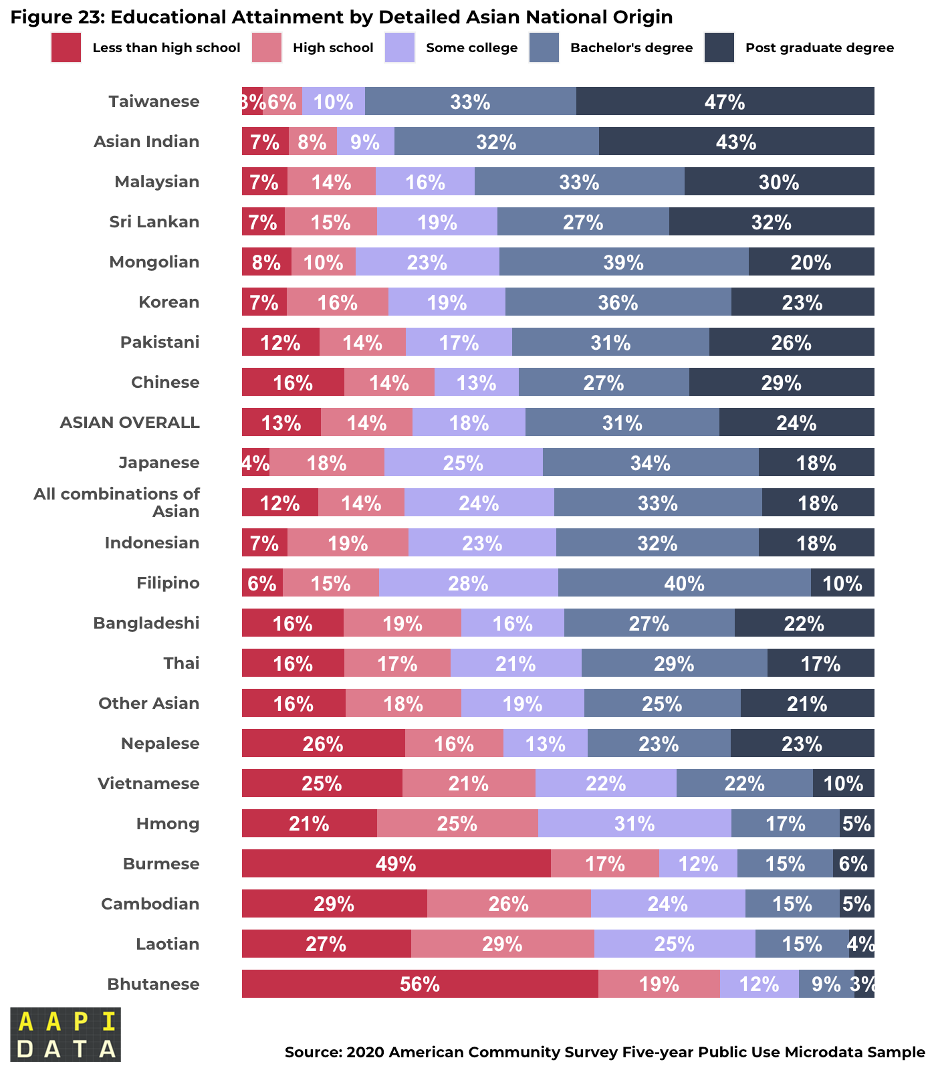 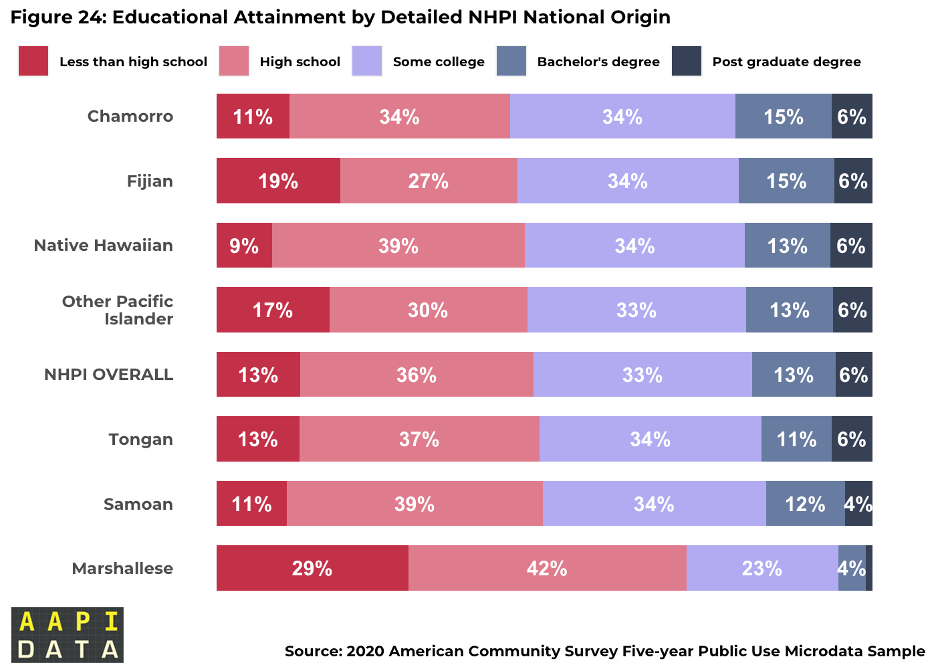 To read the full text of the report, visit aapidata.com/reports. To access the social media shareables for the report, see here.