In conjunction with the launch of the Health, Mental Health, and Social Service Needs of Asian Americans and Pacific Islanders in California, AAPI Data is excited to announce the launch of the 2022 State of AANHPIs in California Report. As with our other reports, the full-text of this new demographic report can be found at aapidata.com/reports.

Like the 2022 State of AANHPIs in the United States Report, this report provides a snapshot of key demographic characteristics of Asian American, Native Hawaiian, and Pacific Islander populations in California. The report draws on a variety of federal data sources to provide charts and analysis on key outcomes in the following areas:

It concludes with recommendations for action to address inequities in the issue areas above.

The following highlights are excerpts from our report. Table and figure numbers are taken directly from the report.

While Los Angeles County’s sheer size makes it home to the largest share of all major race and ethnic groups, the second most and third most populous counties were Santa Clara and Orange Counties for Asian Americans, and San Diego and Sacramento Counties for the NHPI population. Wider variation in geographic distribution can be seen when disaggregating by AA and NHPI origin groups.


Table 3: Top 5 counties of residence for each race/ethnicity

The number of people obtaining legal permanent residency from Asia dropped by 37 percent from 2016 to 2020, the second largest decline among the major regions of birth, only behind the 45 percent decline for individuals from North America. 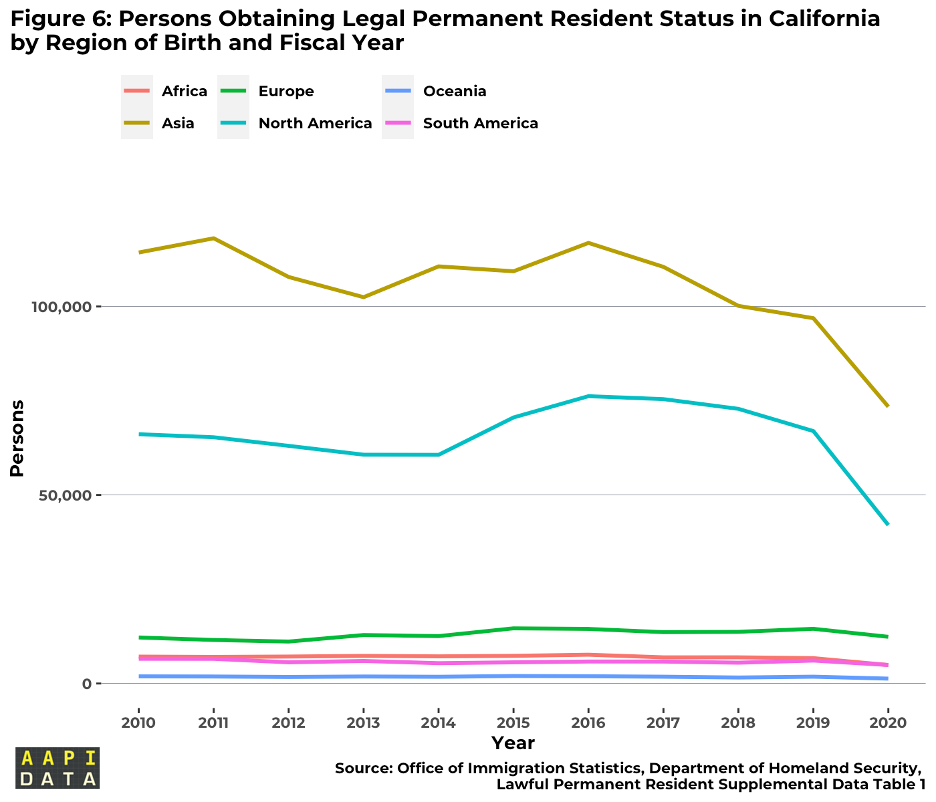 Populations with significant immigrant presence continue to show high levels of limited English proficiency (LEP), defined as those age 5 and older who speak English less than “Very well.” One-third (33%) of the single-racial Asian, 30% of single and multi-racial Asians, and 29% of the Hispanic populations reported that they had LEP. 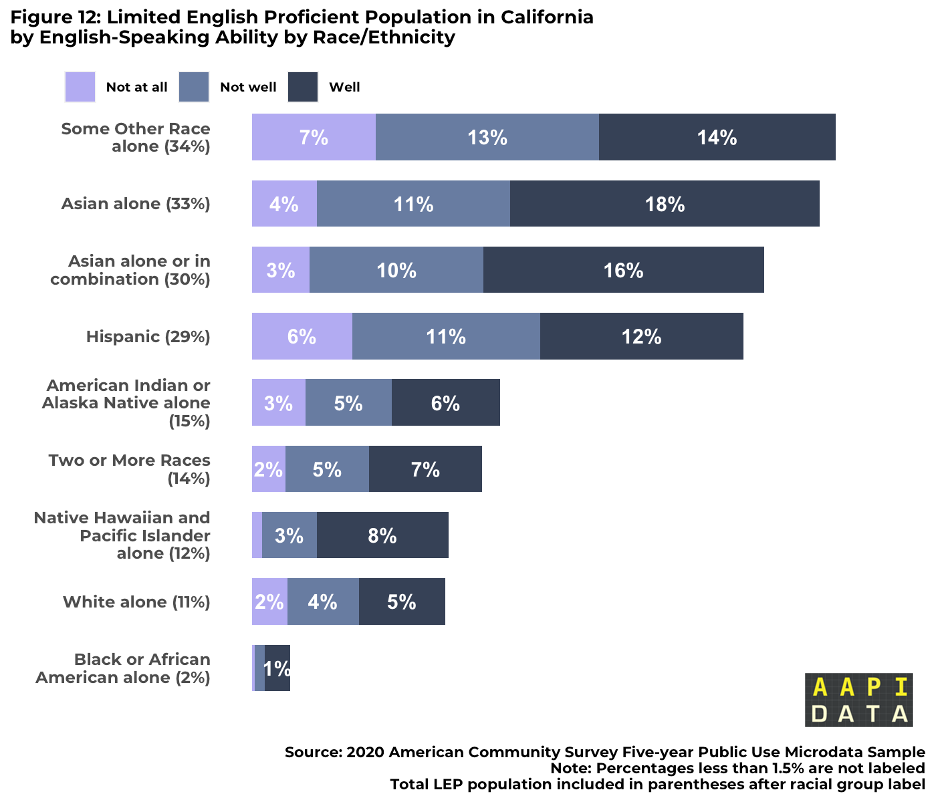 About half or more of Burmese, Vietnamese, and Mongolian Americans in California, and more than 2 in 5 of Thai, Bhutanese, Chinese, and Korean Americans were LEP. Among NHPI national origin groups, Tongan and Fijian Americans had the highest LEP rates. 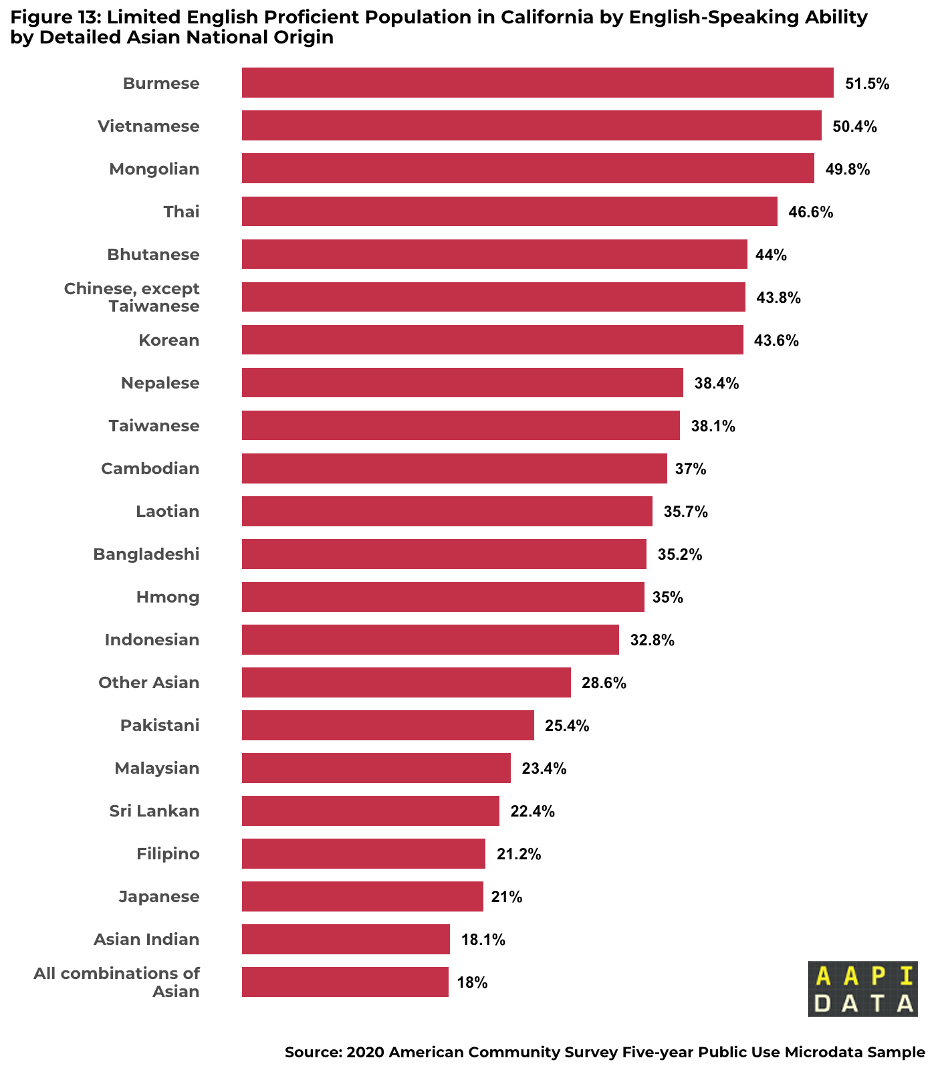 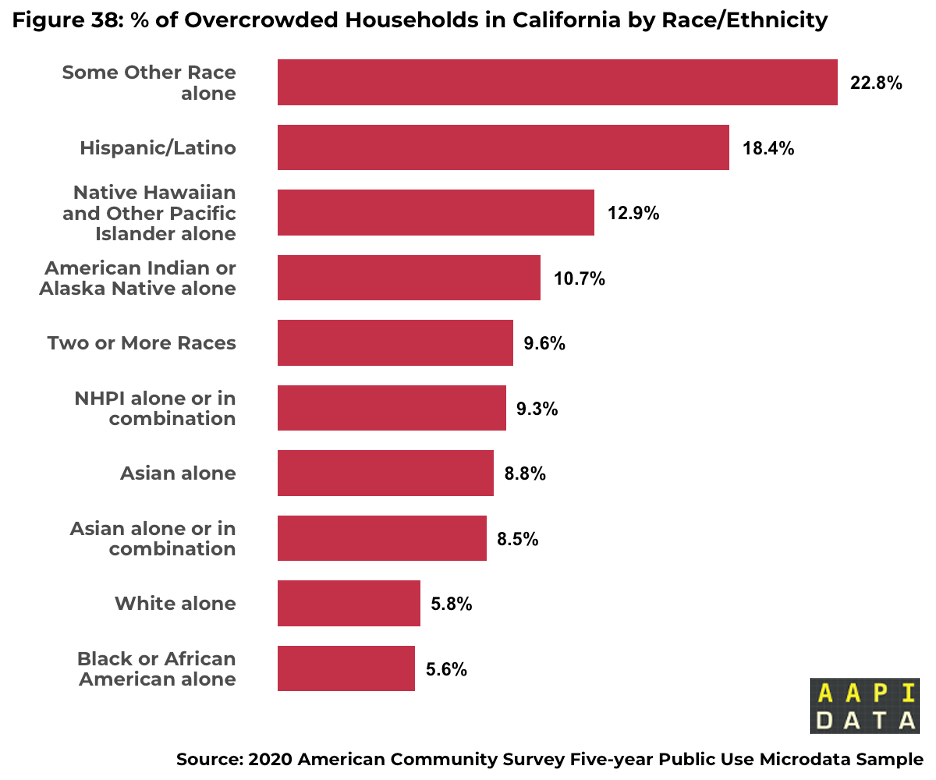 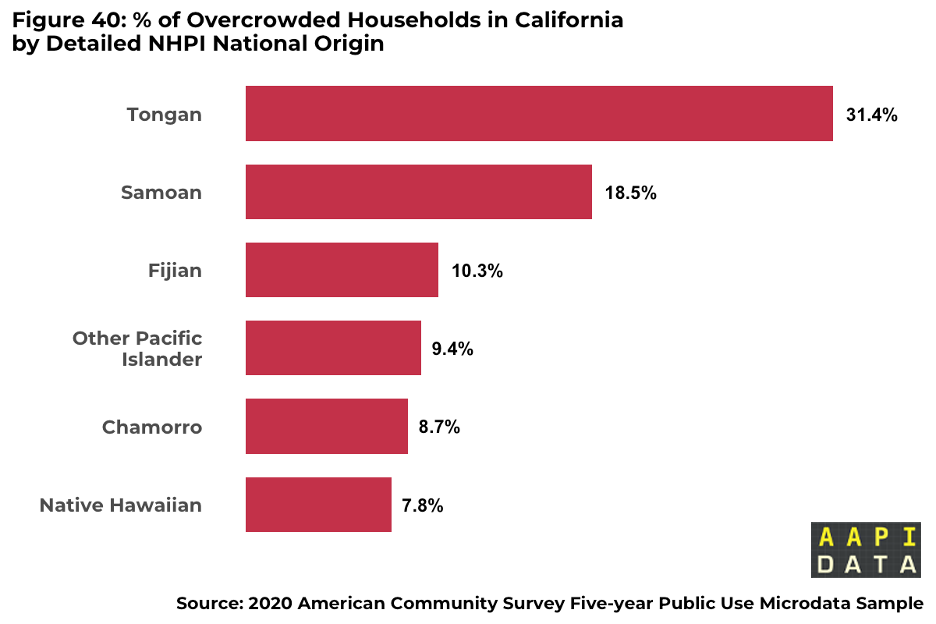 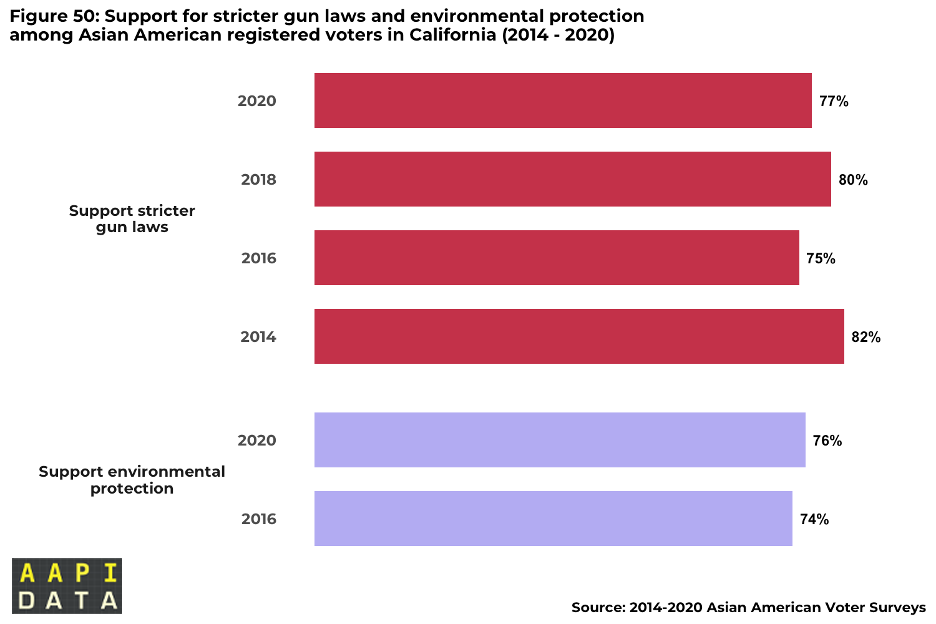 To read the full text of the California demographics report, visit aapidata.com/reports. Social media shareables for the report are here.