BY KARTHICK RAMAKRISHNAN, MAI DO, AND SUNNY SHAO

Asian Americans and Pacific Islanders (AAPIs) have been an important part of the United States for over 170 years, and are the fastest-growing racial groups in the country today. AAPIs have made significant gains in political representation, from the halls of Congress to state and local offices. We have also seen important gains in understanding the demographic makeup and public opinion of Asian Americans and Pacific Islanders.

Yet, when it comes to philanthropy, AAPIs continue to be rendered invisible and marginal. This report—based on a summary of prior findings and insights from several data collections, including prior population surveys, content analysis of philanthropy news coverage, and surveys and interviews of leaders and staff in philanthropy—indicates that grantmaking to AAPIs remains a relatively low priority, and that AAPIs continue to face barriers when it comes to serving in leadership roles.

COVID-19 and the movement for Black lives and racial justice has provided challenges as well as opportunities for AAPI philanthropy. The spike in racial scapegoating and hate crimes drew more attention to, and concern about, AAPI communities amidst a growing recognition of the connections between anti-Black racism, white supremacy, xenophobia, and anti-Asian racism. In addition, the economic devastation of COVID-19 has harmed AAPI workers, families, and nonprofits alike. At the same time, philanthropic investments have not kept up with this spike in demand. Our research indicates that this gap is due to the dearth of AAPIs in leadership roles, gaps between funder priorities and their perception of AAPI community interests, and perceptions of AAPI communities as model minorities and as monolithic.

It is also essential to dramatically increase funding for AAPI communities. This includes greater philanthropic commitments by large foundations as well as by wealthy AAPIs. The last decade has seen promising investments in outreach on Census and the Affordable Care Act. Expanding investments in economic justice, educational equity, and immigrant rights will be important in the coming decade.

Finally, it is important to build intersectional power—from Census outreach and civic engagement, through power-building, narrative change and systems change. Importantly, this work needs to be engaged in solidarity with Black, Indigenous, and Latinx communities in order to build a country that is truly inclusive and equitable.

Sharable Images and Quotations from the Report 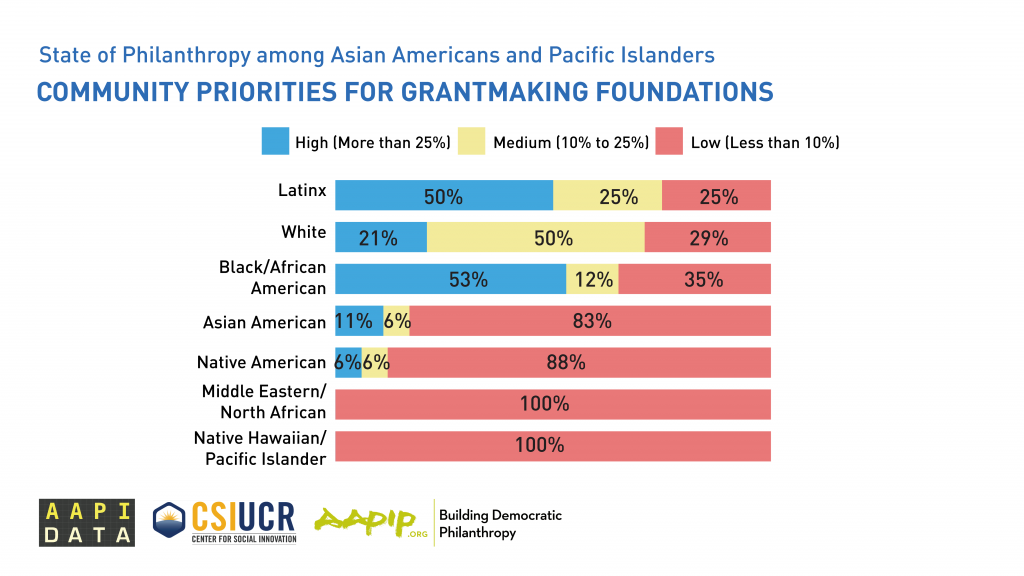 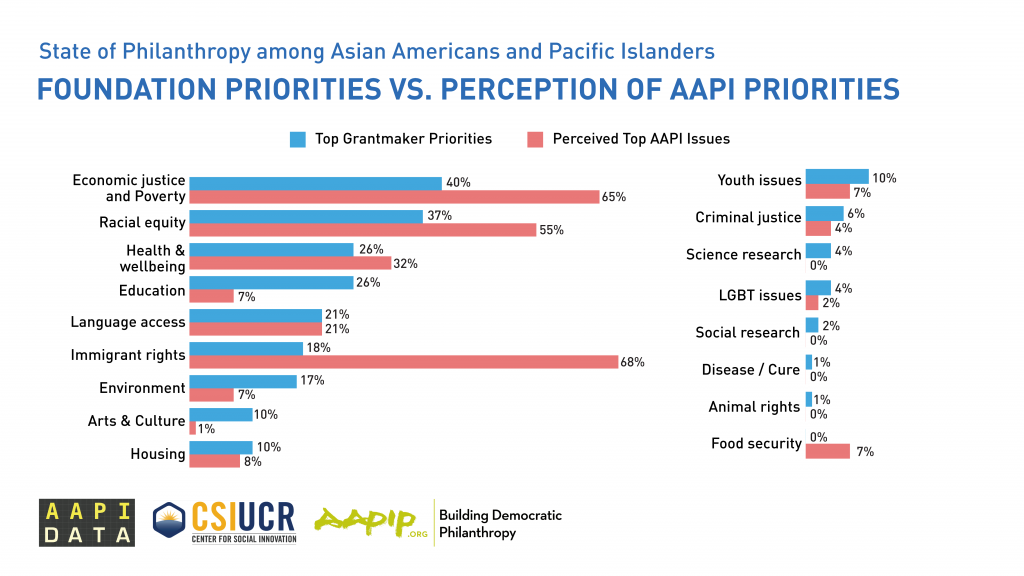 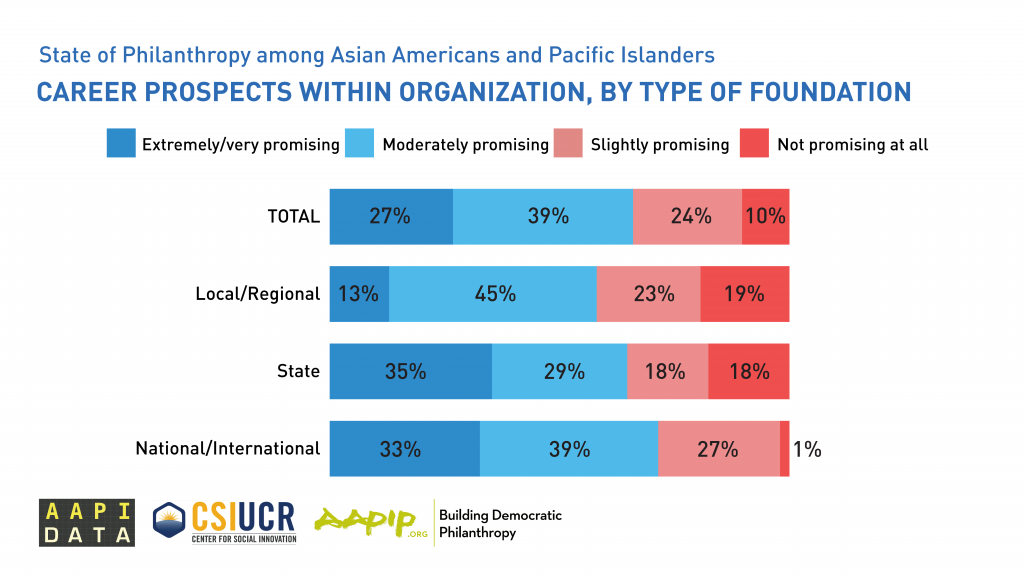 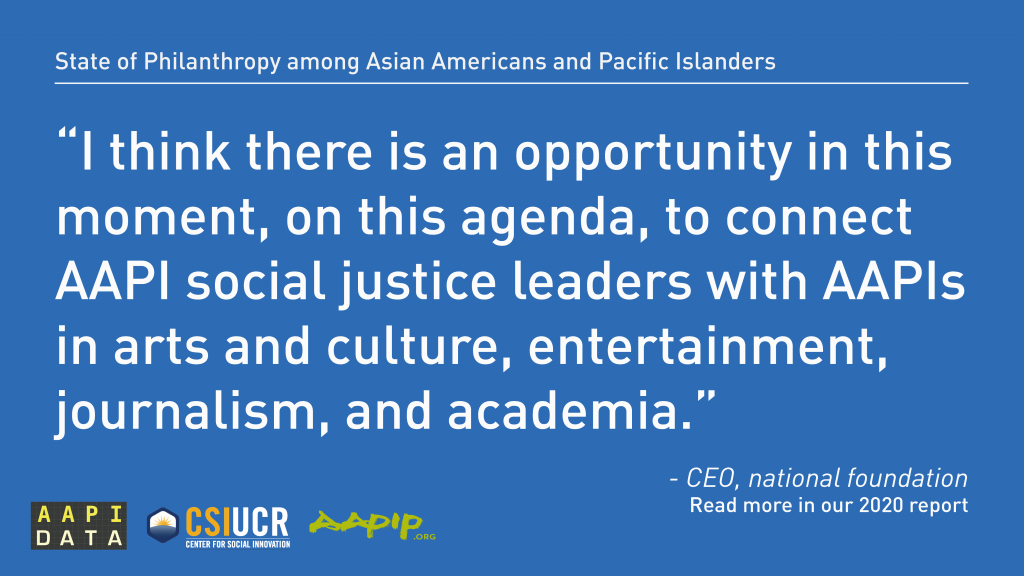 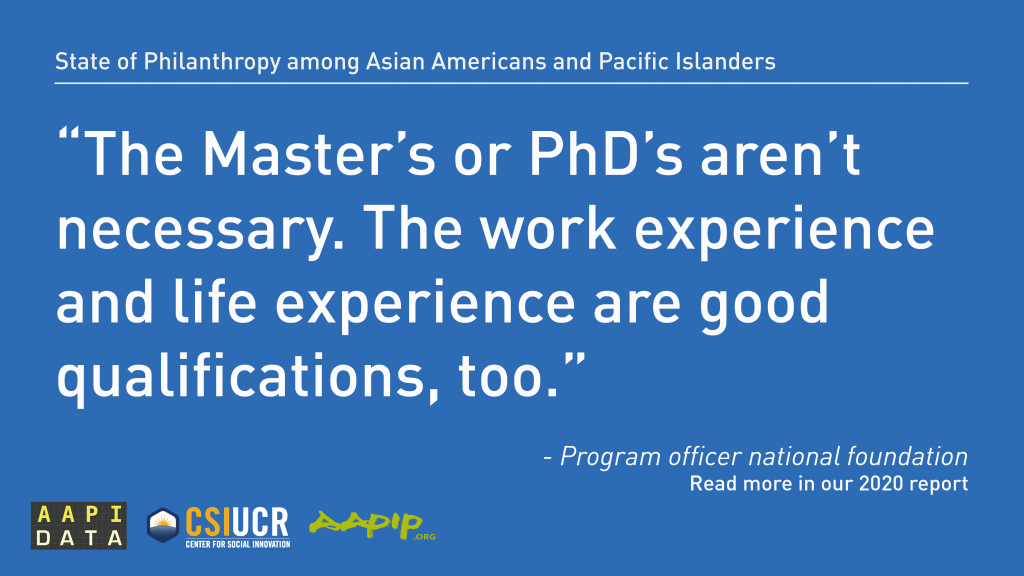 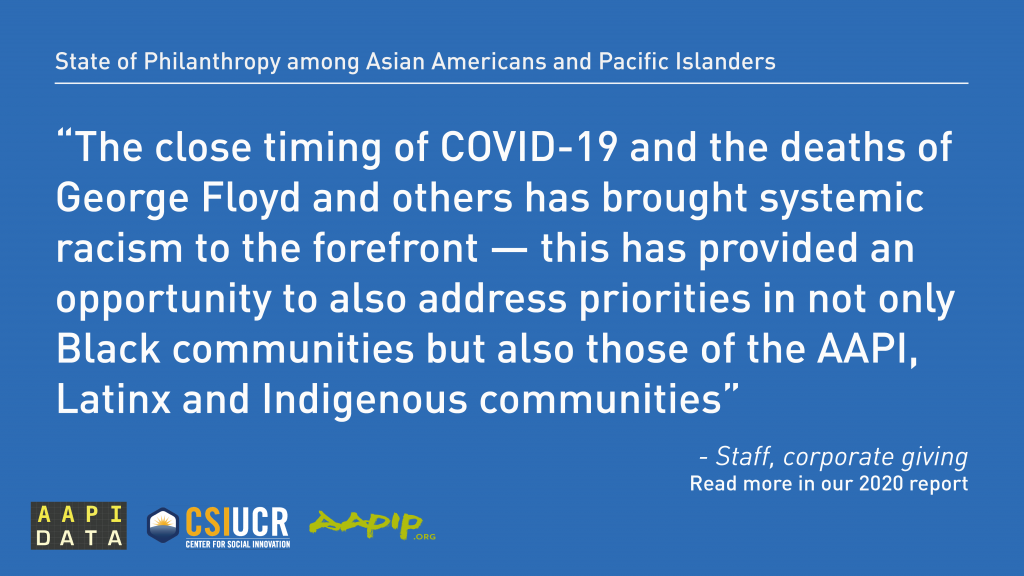 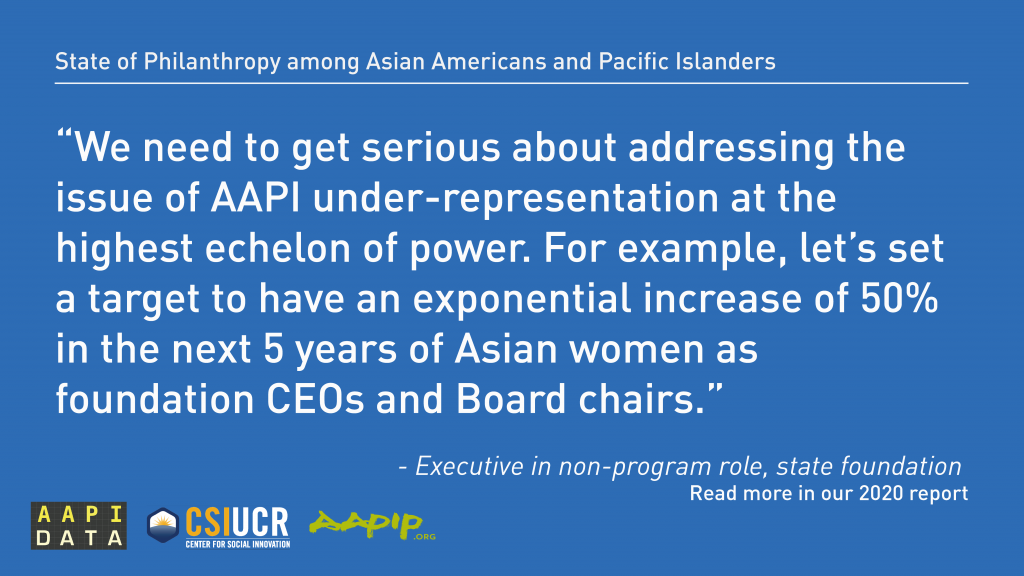 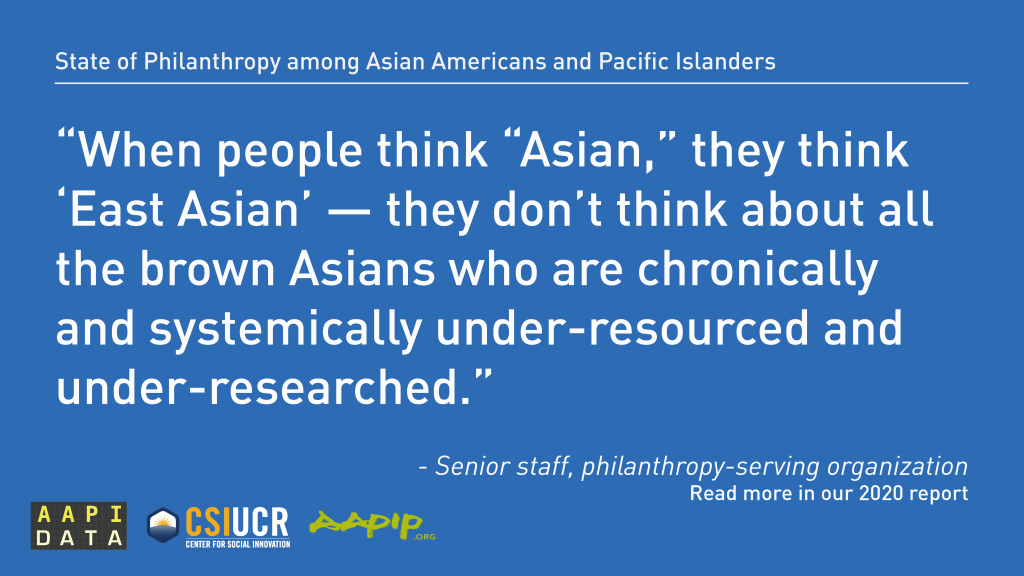 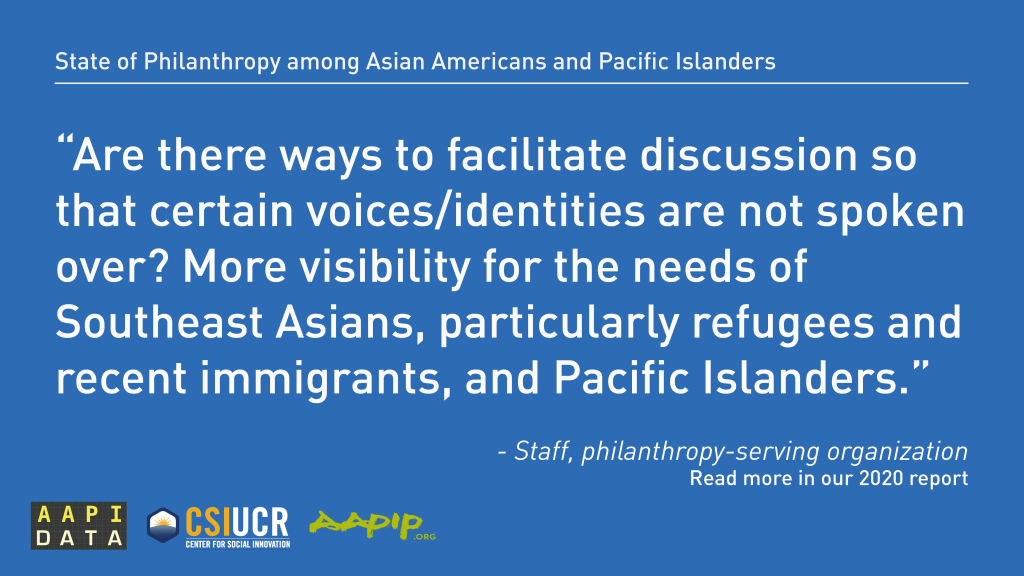 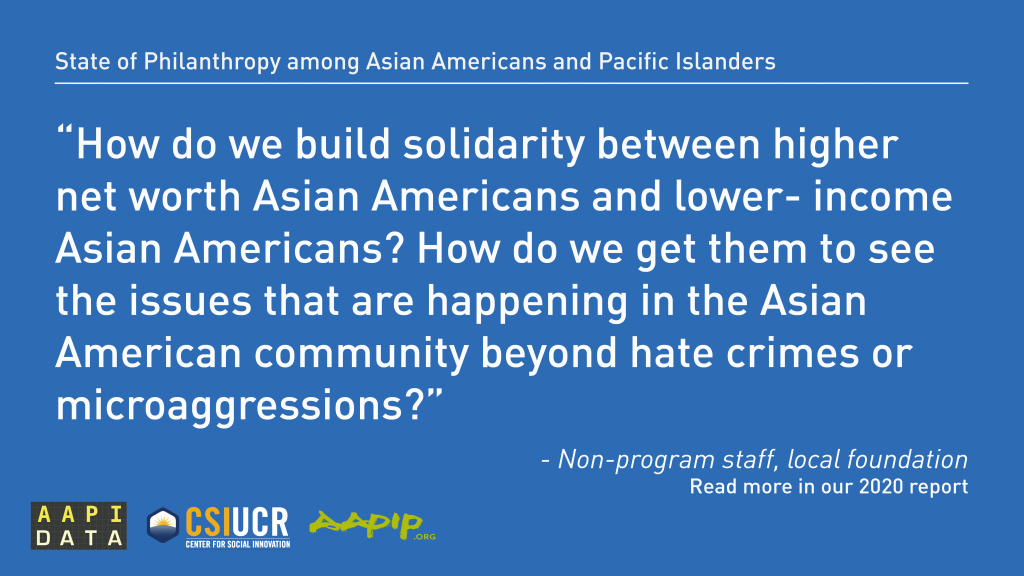