BY KARTHICK RAMAKRISHNAN AND ALTON WANG

The biggest theme coming out of the November 2017 elections was a clear repudiation of immigrant bashing and ethnic nationalism as a viable electoral strategy. It is also important, however, to recognize the electoral gains made by immigrants and communities of color, including Asian Americans and Pacific Islanders (AAPIs).

It is still too early to assess changes in voter turnout among AAPIs in 2017 when compared to prior elections such as 2009 and 2013. However, 2017 was remarkable for the number of Asian American candidates who won elected office in races up and down the ballot, including Ravi Bhalla, who was elected mayor of Hoboken, as well as Jerry Shi and Falguni Patel, who won school board seats in Edison, New Jersey. All three candidates were targeted by racist campaign mailers that called Bhalla a “terrorist” and urged the deportation of Shi and Patel.

But the momentum to elect Asian American candidates extends beyond New Jersey. In Virginia, Kathy Tran was elected to the House of Delegates, making her the first Asian American woman ever elected to this chamber. While votes are still being counted, Tran will join the House of Delegates in a Democratic surge, with more than a dozen Democrats winning seats in the Republican-held chamber.

In Washington state, a race between two Asian American female candidates—Manka Dhingra and Jinyoung Englund—was a high-profile race in terms of donors as well as news attention. Washington’s 45th State Senate District was previously under Republican control, making the State Senate the last GOP-controlled state legislative chamber on the West Coast. Dhingra’s win both cements the control of state legislatures across the West Coast by Democrats, but also highlights the increasing diversity of candidates from both sides of the aisle. 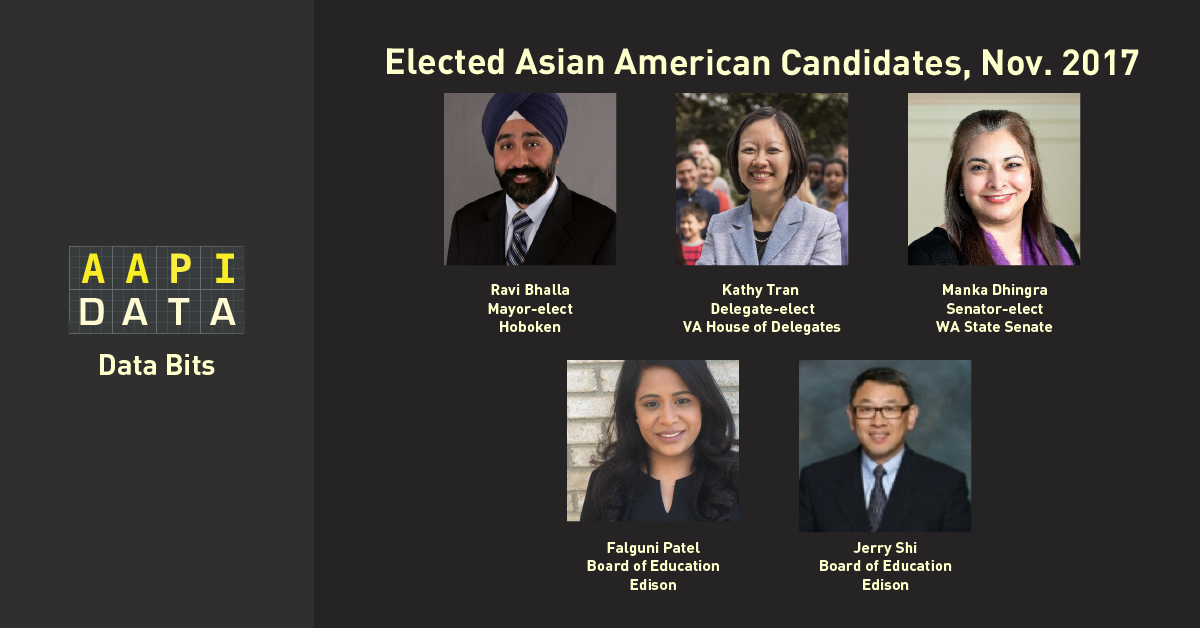 By our count, over 30 AAPI candidates were newly elected or re-elected to office,* from state legislatures to city councils and school boards across the nation. This includes re-elected candidates such as New Jersey Assemblyman Raj Mukherji and Virginia Delegate Mark Keam, as well as newly elected candidates such as Douglas County School District school board member-elect Kevin Leung in Colorado.

Yet yesterday’s election also showcased the growing political power of the AAPI electorate—in the closely-watched gubernatorial races in Virginia and New Jersey, the cities and counties that delivered the greatest number of votes to the winning candidates came from areas with the greatest share of AAPI voters. Governor-elect Ralph Northam won significant shares of votes from Fairfax, Prince William, and Loudoun counties, which have the largest AAPI populations in the state—and have significant shares of AAPI voters. The AAPI population is 19% of Fairfax County, and 15% of the county’s electorate. Northam won more than 250,000 votes in Fairfax County alone. 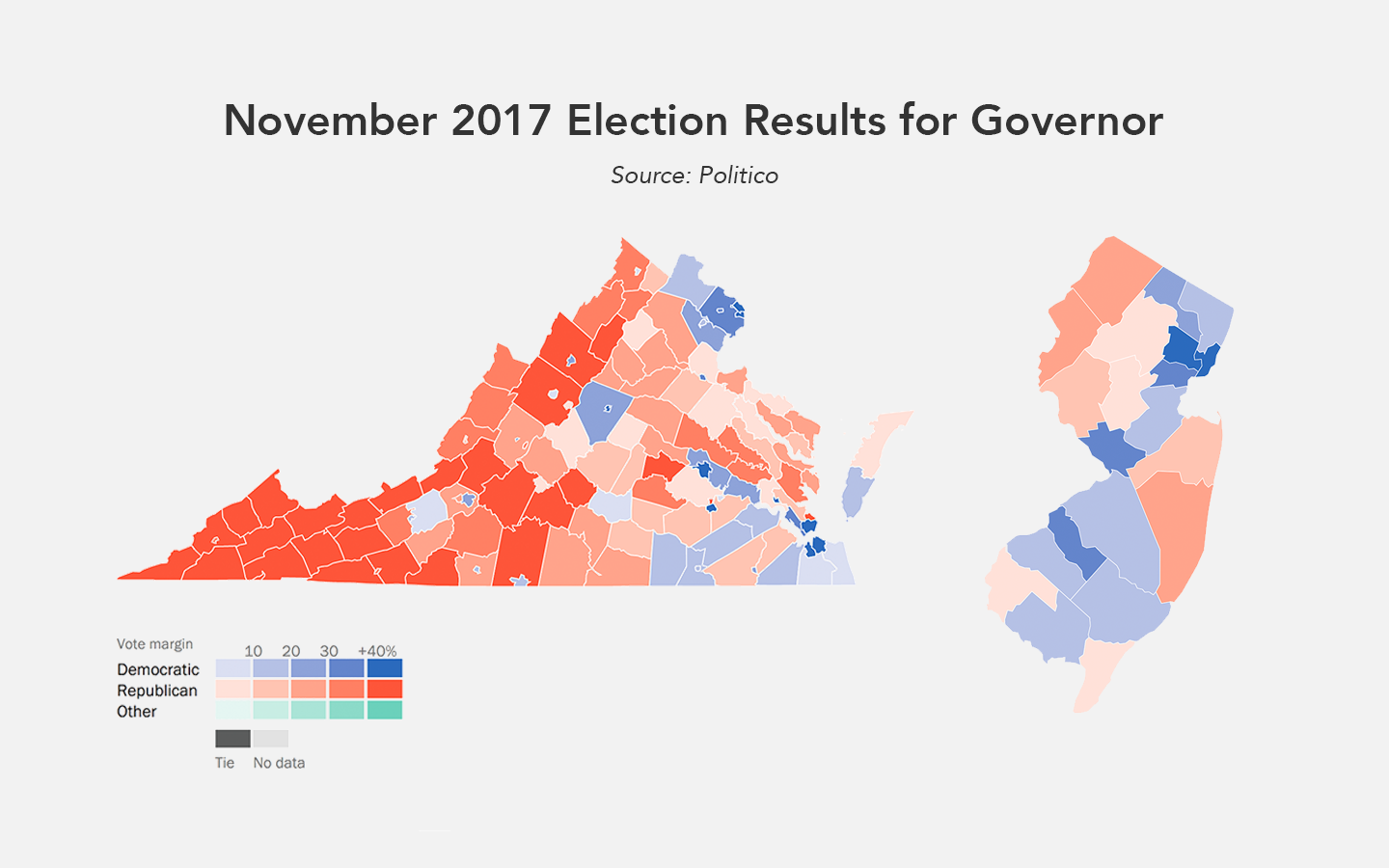 In New Jersey, the two counties where Governor-elect Philip Murphy won the greatest number of votes—Bergen and Middlesex counties—also have the largest AAPI populations in the state and a significant share of AAPI voters. In Bergen County, AAPIs make up 16% of the county population, and over 11% of the electorate. In Middlesex County, AAPIs are 24% of the population, and 17% of the electorate. Notably, Middlesex County includes the townships of Edison, where Shi and Patel overcame racist campaign mailers to win seats on the school board.

If the 2017 election is any indication, the AAPI electorate will continue to have an increasing impact on elections to come—including the 2018 midterms next year.

* The data on number of AAPI elected officials that won their elections on November 7, 2017 is based on an analysis of Ballotpedia data. Ballotpiedia only keeps municipal election data for the 100 largest cities in the U.S., and the 1,000 largest School Districts—we will update the data as we receive reports from the field. Please email alton@aapidata.com if you have additions or edits.